Danny Kent: 'We have a great chance to leave the Island World Champion' 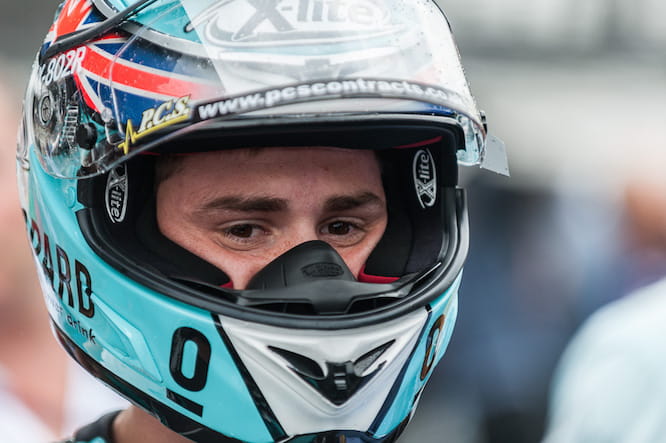 Danny Kent heads in to this weekend’s Australian Grand Prix with one hand on the Moto3 World Championship trophy.

The British rider has 56 points over closest rival Enea Bastianini ahead of this weekend’s race at Phillip Island and will be crowned World Champion if he can leave Australia with a lead of 50 points or more, meaning he doesn’t even need to beat the Italian to take the crown.

Despite this, Kent says he feels there is less pressure on his shoulders this weekend than he did this time last week at the Japanese Grand Prix.

“It’s difficult but motivation is high,” he said speaking in Australia. “I’ve never been in this position before, fighting for a world championship so of course it’s going to be nerve-wracking.

“Last weekend we extended the championship lead, albeit only by a point, so I can come here with a little less pressure on my shoulders with one less race to go. I think Bastianini needs to concentrate on securing second as Oliveria is only nine points behind him, so this weekend we have a great chance to leave the island as a World Champion.” 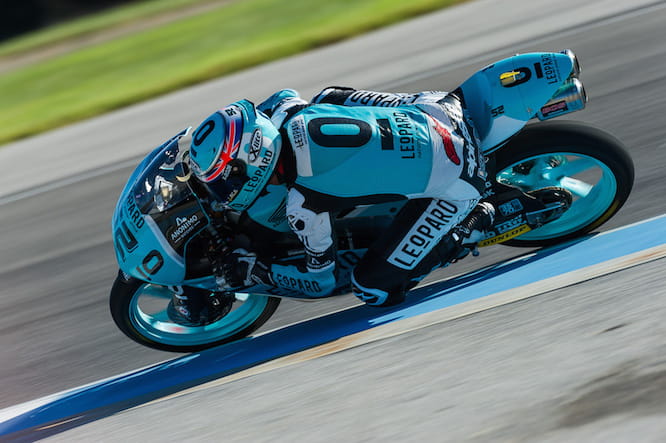 Should Kent leave Australia champion, he’ll be the first Brit to take a Grand Prix world title since the late, great Barry Sheene n 1977 and admits the championship has been on his mind a lot more during the second half of the season.

“It’s a great record but noone can put more rpressure on me than myself. The second half of the year has not been as strong as the beginning. Earlier this year we took it race by race, trying to win as many as possible and didn’t think about the championship. In these last few races we’ve had the media saying I need to get this many points, so I’ve maybe been thinking about the championship too much and being too conservative. Saying that, we’ve still been consistently 50 points in the lead.”

Kent feels his riding style suits the Australian circuit better than the previous few circuits, so he’s hoping to take the title with a strong ride this weekend.

“It’s a great track, it suits my riding style a lot with the fast and flowing corners. The last few races have been tough as it’s been a bit more stop start but here’s it’s much more flat out, especially on to the straight. It depends on the wind though, you can go from FP1 where the bike is great to FP2 where the wind has changed direction and you’ve got to change a lot.”

How Kent can win the title