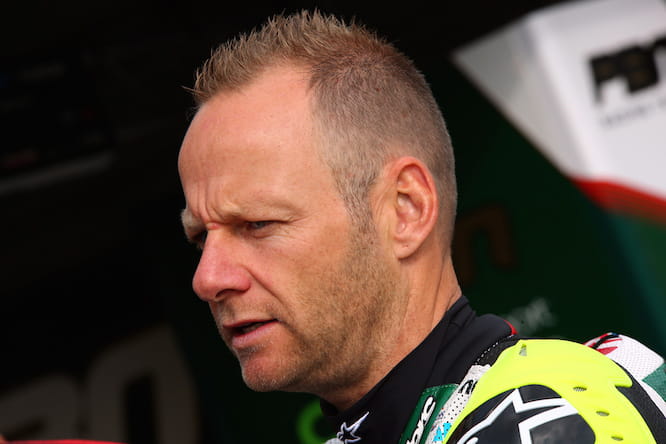 Shane Byrne has said he is ‘far from downbeat’ despite qualifying tenth for tomorrow’s first British Superbike race at Silverstone.

Byrne showed good pace in the first two qualifying sessions, but everything seemed to fall apart for the defending champion in Q3, in which he could only manage the tenth fastest time to start tomorrow’s first race from the fourth row of the grid.

The PBM Kawasaki rider says he knew there was a problem in Q3 soon after leaving pit lane, but in all he’s happy with the day’s results.

“Today actually, despite ending in a really negative way, was a really good day for us at PBM Kawasaki,” said Byrne after the session. “It has been a tough weekend so far and they always seem to be just lately, but the team has dug deep today.

“We tried something this morning and then into qualifying Q1 we made another improvement and then for Q2 we made a big step and the lap time was really, really good and I was really happy with the lap time. I did that lap on the back of the Buildbase BMW guys and I actually caught them a bit faster than I had anticipated and perhaps just lost a tiny bit of time because of it. 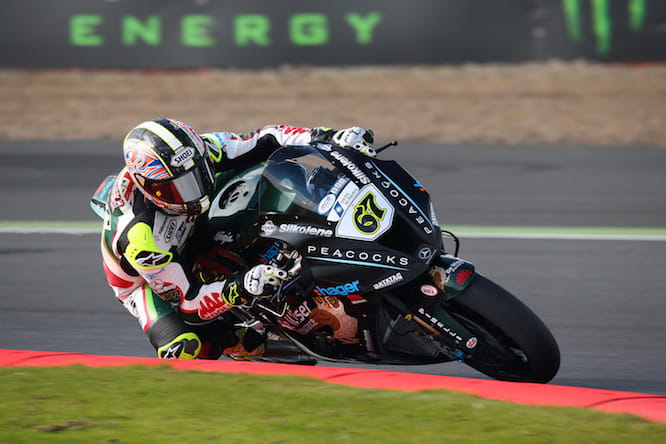 “We then made another small change to the bike for Q3 in the same direction that we had gone in from Q1 to Q2 so I was feeling really confident of another little step in lap time, but immediately the first couple of corners I knew we had a problem. Whilst I dug deep and gave it absolutely everything, a problem not with the bike but with a component on it, gave us no grip and a load of chatter so it was a really, really frustrating way to end the day but I think we can take a lot of positives from today.

“OK we start tenth on the grid for tomorrow which is a bit pants, but a fast lap in race one will give us a better grid position for race two and there are plenty of places to make passes here so I am far from downbeat and I am much happier now we can see what the problem was. I felt bad for the team as I had a good Q2 and then we went all out for Q3 and had an absolute disaster and when I came in and said what it was doing, they were like ‘really’ but it turns out it was right. We will try something again in warm up in the morning and then fingers crossed for two strong races.”