Brookes and Laverty share final spoils of 2015 at Brands Hatch 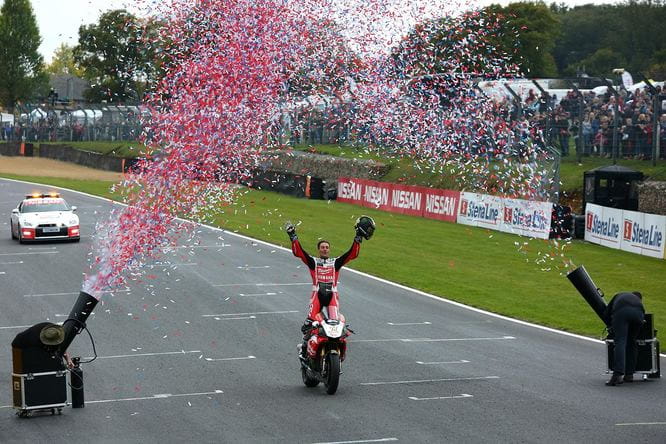 
As in the first race on Saturday, Byrne made a strong start in race two and looked set to challenge Brookes.

The PBM Kawasaki rider led the first stage of the race, with Brookes snapping at his heels. Unfortunately for Byrne, Brookes eventually secured a move and began to pull a gap to cruise to his 13th victory of the season.


Michael Laverty took third after fighting through from tenth, he got the better of MotoRapido Ducati’s John Hopkins and fellow showdown contender James Ellison to secure the final rostrum spot in the closing stages.


Lee Jackson continued his impressive form crossing the line sixth just after being confirmed with the Buildbase BMW team for the 2016 season.


Luke Mossey took seventh to close in on the Riders’ Cup ahead of Christian Iddon and Danny Buchan with Dan Linfoot rounding out the top ten.


It all changed for race three, with Brookes dropping back to seventh place off the start as John Hopkins got the holeshot. 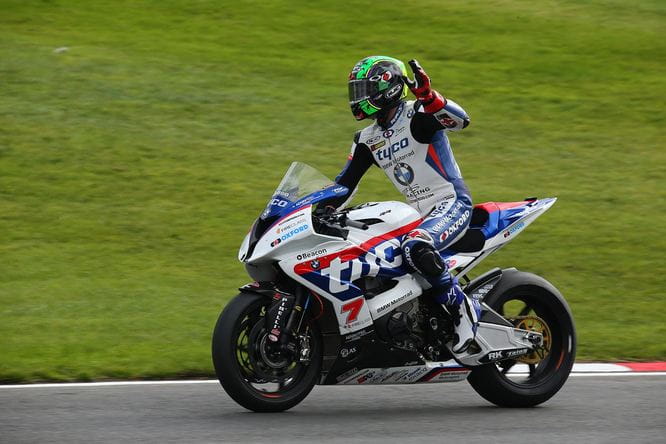 Nobody was getting a break this time with Hopkins, Byrne, Ellison and Michael Laverty all scrapping it out at the front with Brookes on their tail.


Keen to make progress, Brookes made his way through and was in second place when he crashed out at Graham Hill bend - marking his first DNF of the entire season.


Hopkins dropped off the pace a little leaving Byrne, Laverty and Ellison to fight it out for the win.


On the last lap, it was anyone’s and Ellison came through at paddock hill behind but the Tyco BMW fought back. A final assault from Ellison was thwarted when Byrne came by in the final turn, leaving Laverty to take his first win of the season. Ellison still managed to outdrag Byrne to the line to take second place.


Linfoot took fourth ahead of Christian Iddon, Luke Mossey and Danny Buchan, with Hopkins, Smrz and Mainwaring-Smart rounding out the top ten.