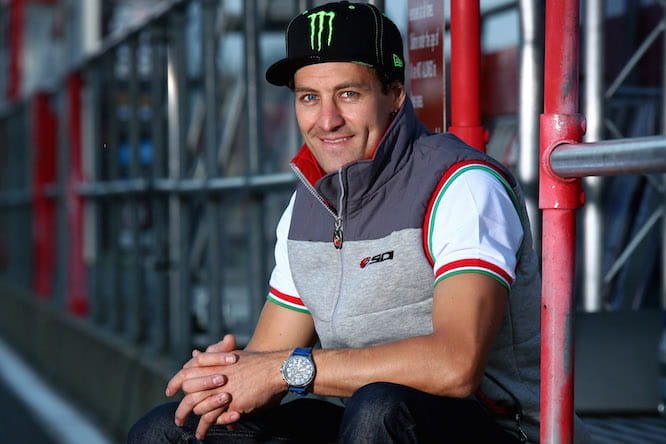 As we reported last month, the Aussie will be joined by former MotoGP star Karel Abraham in the all-new set-up.

The move was long-expected after Brookes stormed to success in the 2015 British Superbike title aboard the Milwaukee Yamaha R1, but many assumed the 32-year-old would move to the world stage with Yamaha.

“I’m excited to be back in WorldSBK and to go there with the same team I won the BSB title with is perfect. I haven’t raced a BMW before but the bike and factory are proven, and I am certain it will be competitive,” said Brookes.

“Having the support of BMW Motorrad Motorsport is crucial to our efforts and having their experts on site with us will be a big help. We will test early in January before heading to Phillip Island and I am looking forward to riding in front of my home fans.”

Abraham moves to World Superbike after a difficult few seasons in MotoGP with his father’s Cardion AB Racing team on the production Honda.

“Moving to WorldSBK with a team like Milwaukee BMW is hugely exciting,” said Abraham. “It will also be a challenge as I haven’t ridden a Superbike and a lot of the tracks will be new but I am sure that we will be able to get up to speed quickly.”

The pair are set to test their all new S1000RRs when the testing ban lifts in January, ahead of the first round of the 2016 season at Phillip Island late February.