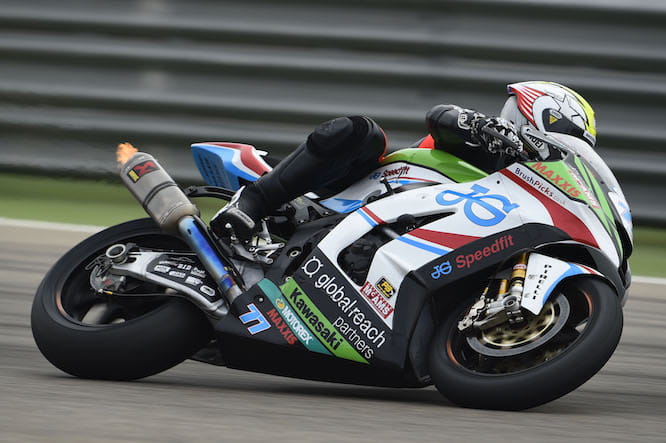 James Ellison turned heads this week after posting times close to World Superbike race pace in a test with his JG Speedfit Kawasaki team at the Jerez circuit in Spain.

The Louth-based team were the only British Superbike outfit at the test, which was largely filled by World Superbike teams looking to get track time before the winter testing ban kicks in next month.

Ellison was almost able to match the pace of 2013 World Champion Tom Sykes on the first day, despite running a completely standard engine in his 2016 ZX-10R compared to Sykes’ full fat WSB machine.

The Cumbrian concluded the two-day test with a fastest lap of 1’41.948, less than two seconds off fastest man Jonathan Rea and within 1.5 seconds of second-placed Sykes. 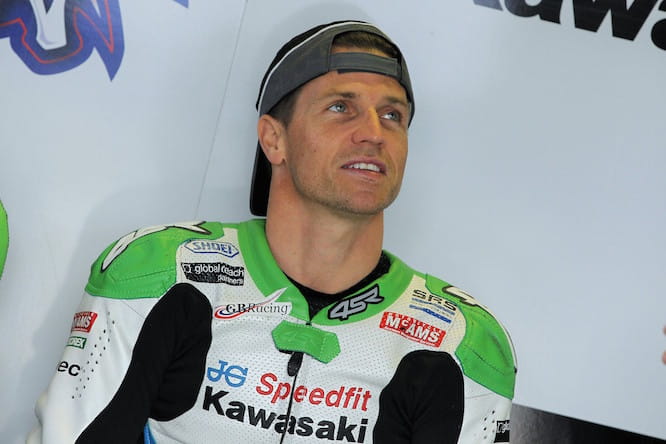 The pace shows promise for the JG Speedfit Kawasaki outfit, which only took delivery of the 2016 model a couple of weeks ago before heading straight to Aragon for a shakedown test ahead of Jerez.

“The new ZX-10R really does have huge potential,” said Ellison. “The team only got them the week before we went to Aragon but it already feels good. We’ve spent a lot of time trying settings with the new factory Showa suspension, and I feel really good with my first impressions.

“My best time at Jerez would have been good enough for the fifth fastest lap in the World Superbike race, so to do that after only a few days and with a standard engine is really impressive. The team know what they’re doing and I’m really excited to try the full machine in January.”

Ellison will lead Kawasaki’s charge for the British Superbike title next year after four-time champion Shane ‘Shakey’ Byrne and the PBM team defected from the Japanese manufacturer in favour of Ducati machinery for the 2016 season.