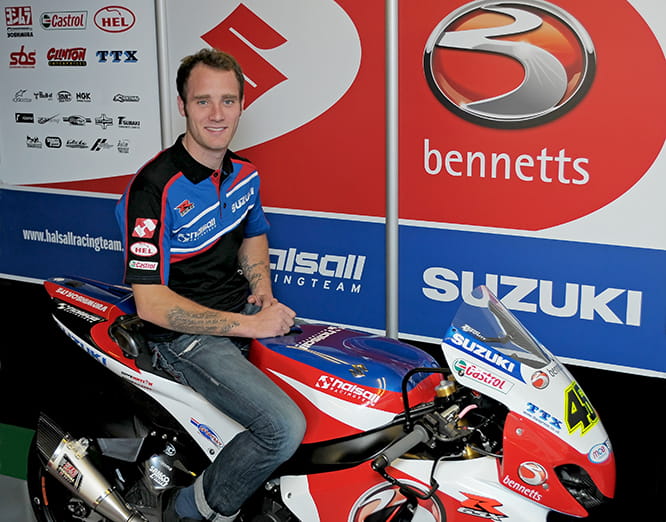 Twice a British Superbike race winner, Bridewell moves to Suzuki after an up and down season with the Tyco BMW team but is no stranger to Halsall Racing following a brief stint with the Bolton-run outfit in 2013 when he took the team’s first ever British Superbike podiums.

“I’m looking forward to riding for Bennetts Suzuki next season, and looking forward to enjoying my racing again,” said Bridewell. “I’d had a few conversations with Martin Halsall towards the end of last season and it became clear he wanted me on board and I wanted to ride for the team.

“This team is capable of winning races and winning championships and has a good structure in place, and that was important for me. I’m happy to be getting back on a Suzuki again. I started my career on a Suzuki and have ridden a few GSX-Rs in the past, and my brother rode a Suzuki as well so we’re a bit of a Suzuki family.” 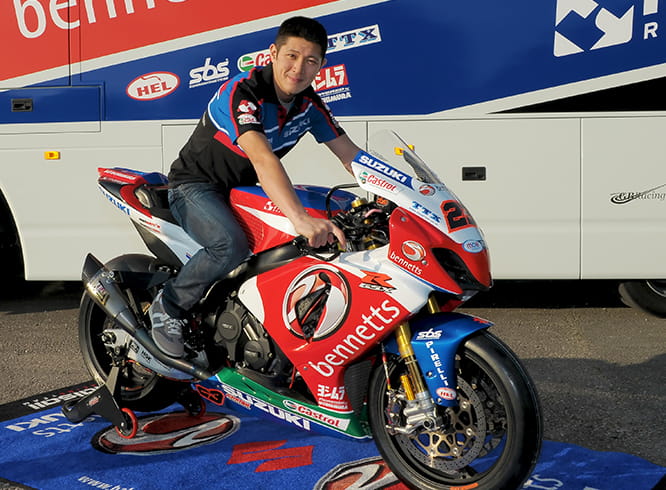 Formerly the most successful man in British Superbikes, Ryuichi Kiyonari switches to the Bennetts Suzuki team after a disappointing year aboard the Buildbase BMW but the three-times British Champion narrowly missed out on a fourth title to Shane Byrne just one year ago.

Having raced for Suzuki in the prestigious Suzuka 8 Hour, Kiyonari is confident the GSX-R is the right bike for him to re-find form and fight at the front.

While Suzuki have unveiled an all new GSX-R1000, the bike isn’t set to be available until the second half of 2016 and with the race team uncertain as to when they’ll take delivery of the new model, they’ll at least start the season aboard the 2015 machine.

“I have been racing in BSB longer than any other series in my career, so I am happy to be able to continue in the championship next year,” said Kiyonari.

“I have raced the Suzuki GSX-R1000 for the first time this year at Suzuka and it’s a great bike. I am happy that I am able to join Bennetts Suzuki next year, the Halsall Racing team is a great team, and with the factory support I am confident that I will be racing for my fourth BSB title next year.”