Mossey fastest as Byrne crashes out in Almeria 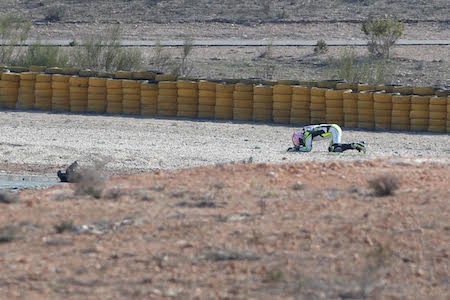 Luke Mossey remained on top of the timesheets on the second day of British Superbike testing at Almeria as reigning champion Shane Byrne crashed out heavily.

Byrne went down in the day’s final session, highsiding his ZX10-R at turn six, a fast, sweeping right-hander. A trip to the circuit medical centre confirmed he was battered and bruised but the Kent rider was later sent to hospital for further investigation into a possible hand injury.

Mossey’s fastest lap of 1’37.3 placed him on top by just 0.014sec from Buildbase BMW’s Lee Jackson in second place. 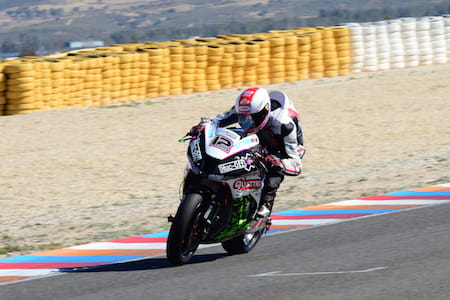 Byrne, who is testing a number of components on the PBM Kawasaki, was third fastest some 0.6 seconds off the pace. Stuart Easton lapped at 1’38.0 with Ian Hutchinson a further 0.3 back in fifth.

Daniel Johnson and Victor Cox rounded out the superbike times.

Testing at Almeria concludes tomorrow before teams head to Cartagena for a second four-day test.