Buchan fastest on Day 3 in Cartagena 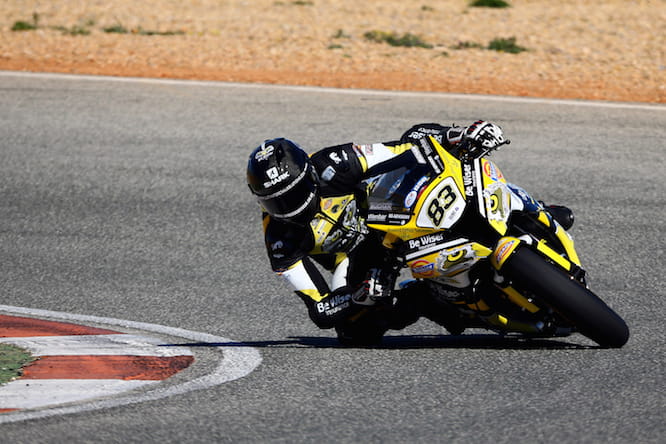 Danny Buchan topped the timesheets on the third day of British Superbike testing at Cartagena with just a tenth of a second separating him from second-placed Luke Mossey.

The Superstock 1000 Champion set a lap of 1’33.4 in this morning’s session, with cooler temperatures meaning more grip was available than in the hotter afternoon outings. Mossey’s time of 1’33.5, also set in the morning, placed him just a tenth off his rookie rival. Both fastest times were set on Pirelli's SC0 soft tyre.

Most teams at the test kept their focus on development work rather than chasing lap times. Buchan's time came from one run on the SC0, with the Essex-based rider spending most of his time gelling with the Be Wiser Kawasaki ZX10-R and new team around him.

James Ellison and Stuart Easton were the only BSB regulars to get close to the young-guns with times within the 1’33.9 bracket despite testing numerous components on their respective Kawasaki ZX10Rs. Ellison is thought to have tested a new chassis for GBmoto in the afternoon while the onus of developing PBM's brace of Kawasakis has fallen to Easton after Shane 'Shakey' Byrne ruled himself out of testing with a crash at Almeria on Tuesday.

Jakub Smrz was fifth on the Motorapido Ducati Panigale R with a fastest lap of 1'34.2 as he looks to make progress this year. The Czech rider was keen to point out to reporters that he'd consistently lapped in the '34.2 bracket, hinting at improved race pace for the Ducati. 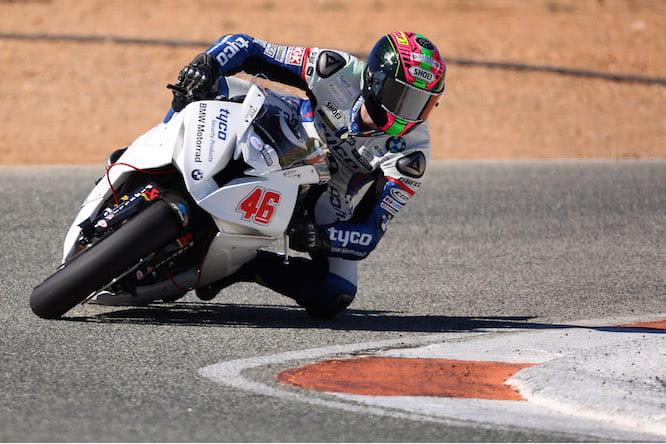 Halsall Suzuki rookie Christian Iddon was seventh with a time of 1’34.8 after spending most of the test getting as much track time as possible to familiarise himself with the GSX-R1000.

Ian Hutchinson joined Iddon in the 1’34.8 bracket on his TT-spec PBM superbike, as did Tyco’s Michael Laverty and GBmoto’s James Westmoreland who are both getting to grips with their new toys.

Despite sitting most of the first two days out with technical issues, Jack Kennedy improved his time in the closing stages of Day 3 to 1’34.9 ahead of British Superbike veteran Chris Walker, who was the days only faller, and Josh Waters.

Testing concludes tomorrow. All times are unofficial and provided by teams.