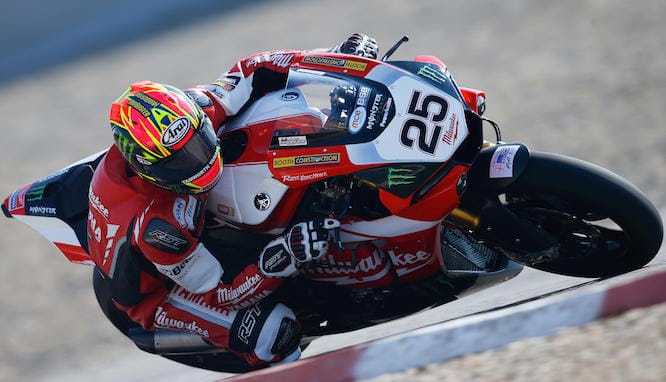 British Superbike testing in Spain concluded this week with a multi-team test at Guadix and private outings for both Honda Racing and Milwaukee Yamaha.

Having enjoyed a successful four days at the Cartagena circuit, Halsall Suzuki, GBmoto Kawasaki and Be Wiser Kawasaki headed inland to Guadix, where they were joined by Smiths BMW.

James Ellison was top of the unofficial times released by teams on day 2 as he continues to gel with the 2015 JG Speedfit GBmoto Kawasaki. The Cumbrian lapped faster than he ever has at Cartagena and reckons he’s seen an improvement with the ZX10R each time he’s left pitlane.

Ellison’s teammate, James Westmoreland took a tumble on the final day in Cartagena, missing the final session, but was back out in force at Guadix. The Yorkshireman has been impressed with the ZX10-R so far as he settles into the GBmoto team.

Also in Gaudix was Tommy Hill’s Be Wiser Kawasaki team. Fresh from setting the second fastest lap in Cartagena, Danny Buchan hammered in the laps while his teammate, Chris Walker, focused on getting used to K-Tech suspension having been on Ohlins previously.

Jack Valentine’s newly formed Halsall Suzuki team continued their progress with the GSX-R1000. Iddon completed over 200 laps of the Spanish mountain circuit to place second to Ellison on the unofficial timesheets. Having ridden the Suzuki before, Josh Waters continued to work towards a base setting with the 2015 bike as the team’s development rider. 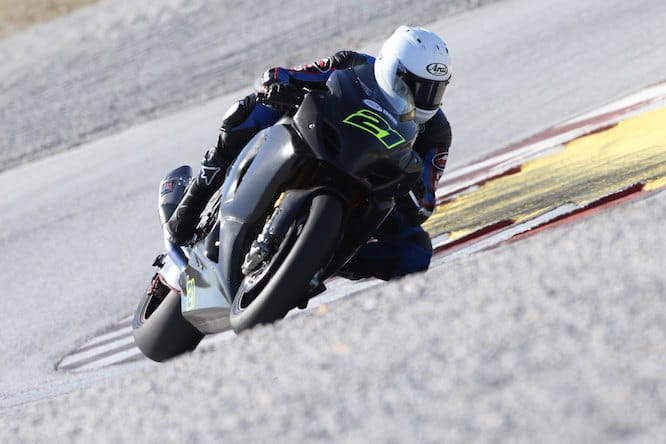 Meanwhile, further north at Alcarras, Josh Brookes and Broc Parkes were getting their first taste of the Milwaukee Yamaha YZF-R1. Both Aussies had ridden production-spec models of the new bike but this was their first outing on the full race-spec beast. The duo were on track with 23 other R1 riders, including road racing teammate Michael Dunlop, at the official Yamaha Europe test.

Honda Racing also tested privately at the Monteblanco circuit they visited earlier this year. This time Dan Linfoot and Jason O’Halloran were joined by the team’s third rider Jenny Tinmouth, who rode the ‘factory’ CBR1000RR Fireblade for the first time.

Back in the UK, Ryuichi Kiyonari arrived in the country yesterday before taking to the track for the first time this season at Brands Hatch earlier this morning.

Teams will now prepare for the first official British Superbike test which is scheduled to take place at Donington Park on March 26th.