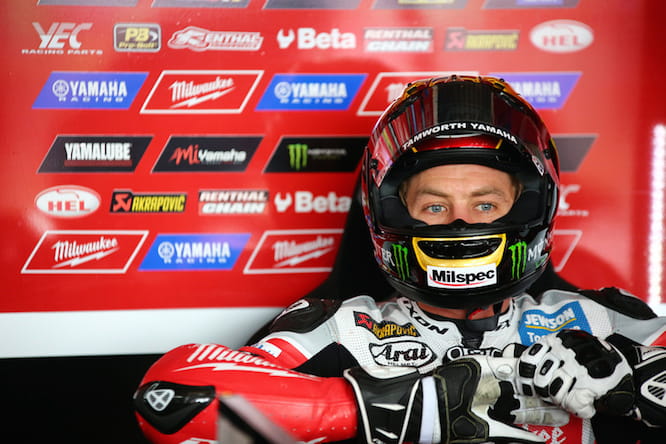 Josh Brookes has expressed his frustration at Shane Byrne’s double victory in Round 4 of the 2015 British Superbike Championship at Snetterton this weekend.

The Aussie rode to a strong pair of second places, a result he says he’d have been happy with if the winner hadn’t been Byrne both times out.

After shattering the Snetterton lap record in testing three weeks ago, Brookes felt he had the pace to win this weekend. This was further backed up by a good pace on used tyres throughout practice.

A bad start thwarted his challenge for victory in race one with Byrne’s lead proving insurmountable by the time Brookes reached second place. A much stronger start in race two saw him second on the first lap, but an engine braking problem saw him drop back in the middle stages before climbing back to second place.

While two second places are a strong result for his championship challenge, he’s not happy to see Byrne take over at the top of the table.

“I get sick of talking about the championship, podium credits and all that crap but it’s the truth”, said Brookes speaking to Bike Social after the race. “I don’t know what everyone else and the crowd think but for me, it’s annoying to see Shakey in number one! I could be quite comfortable with a couple of second places if there had been a mix of winners like at Oulton when Tommy Bridewell won, I think that makes the show better. I just don’t like seeing Shakey spoil the party! 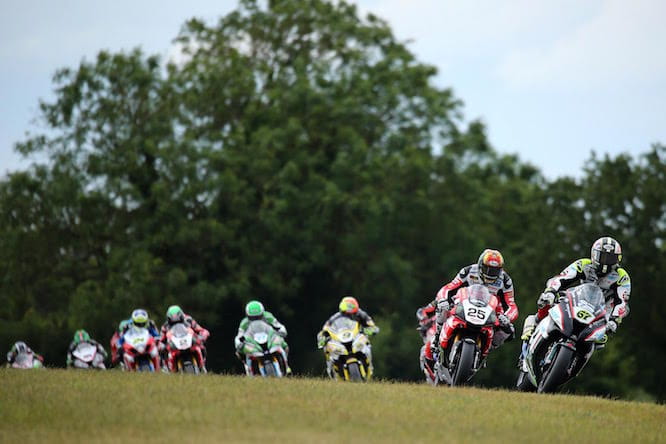 “It’s easy to say we could have won in hindsight, you need to do it on the day and it’s easy to make excuses. I think we did have the speed today, there was a lot of expectation after our good speed in testing but the conditions weren’t the same. Everyone was a lot slower than in testing and that definitely showed in our speed. We had the pace to fight for the win but in race one I had a bad start which ruled out any chance of battling for the win but we took a second.

“Race two I think we were in with a shout but we had a problem with the engine braking, whatever that was we’re trying to work it out. The bike was locking up the back tyre into the corners whereas normally I can just roll it in controlled and focus on riding the bike. That definitely upset us in the second race but having said that I was happy to bring home another second place as it could have easily been a retirement.

“We’ve just got to keep going, it’s a broken record I know but the bike really is still in development. We made some changes in qualifying and we’ve made so many changes since the test here and I think it’s the right way to go. We learned a lot from how the bike felt in the wet which has opened up a few new ideas and we know where we’re going but development is a slow process as once you’ve found something new you have to go back over everything else. I’m using spring rates now that I would never have been happy on at the start of the year but with the evolution of the bike to my style I can use them now. It’s a constant series of improvements and there’s still more to come. If there are Yamaha fans out there frustrated with the results, it’s just about being patient as there’s definitely more to come.”

Brookes and the Milwaukee Yamaha team have made significant progress with the 2015 YZF-R1 over the last four rounds. Despite starting the season with a fairly standard bike, he’s only finished off the podium once so far this season and says the bike has come on a lot since the first round at Donington Park.

“We’re quite a few horsepower up on the start of the year. In the range of seven or eight horsepower over what the bike came with standard. Since then we’ve improved the delivery, the latest spec of engine I’m using which came at the test isn’t any more powerful but it’s a much nicer delivery of power. We’ve made good improvements with the engine braking and that’s why I was in the backfoot in race two as we didn’t have those. We’re still relying on the base chassis and workings of the bike but as that evolves it makes a big difference.  The electronics help in a small way, today even with the problems I could still ride through to second but we couldn’t fight for the win.

“With the suspension I’m trying to find that perfect comfort zone to push the bike right to the limit so we can set lap records and win races. We haven’t managed to put all the pieces together yet but we’re definitely on the right track.”