'No decision' on Hopkins' Ducati future 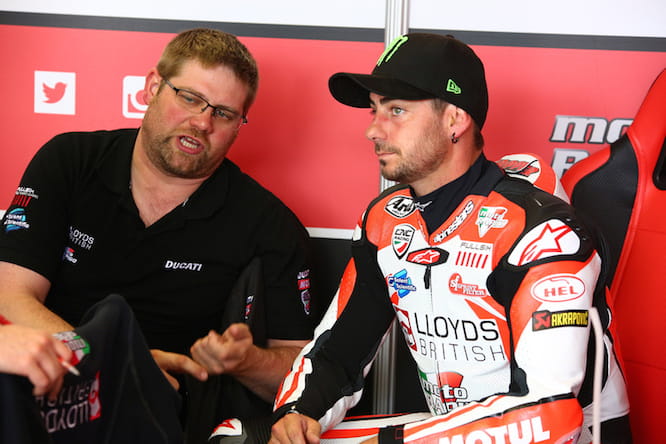 John Hopkins returned to action at Brands Hatch this weekend to score the Ducati Panigale’s best ever result in British Superbikes.

The former MotoGP star hadn’t even seen the bike until the Monday before the race when he completed a short shakedown at a track day on the Brands Indy circuit.

Having been looking for a ride since the beginning of the season, Hopkins’ performance won’t do his chances of securing a more long-term seat any harm.

Whether that will be with the Lloyds British MotoRapido team remains to be seen as the rider he stood in for, Jakub Smrz, is keen to get back on the bike as soon as possible.

“It was a very good weekend, we’re very pleased,” said team boss Steve ‘Wilf’ Moore.  “It was important for us to prove that this bike can run at the front and we have. To miss the top five by a couple of thousandths, we’ll take that. 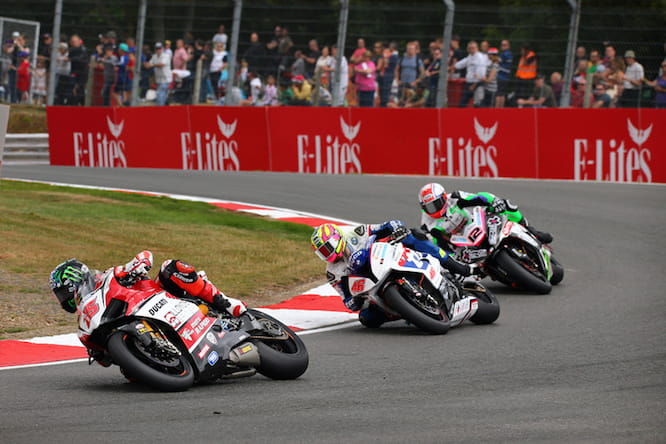 “No decision has been made about Thruxton yet. We’d love to run two bikes but whether we can is another story. I’d like to run three or four bike or a GP bike but it’s what you can afford. It’d be good to have him back, we’re really happy with the bike, the sponsors are happy and it’s a bit more development.”

Confident of finding a seat somewhere, Hopkins says he’s had interest from teams in a number of championships since showing he’s still got the pace at Brands.

“I haven’t had any confirmation from the team about Thruxton but they were already talking about ‘next time’ so who knows. I like Kuba, I think he’s a great guy and I want to see him back on the bike as he’s a great rider so I want to see him proving what he can do but I’m hoping even when that happens there’s still a bike for me.

“There’s been a lot of people, not only in this championship – I’d love to stay in BSB and that’s my main focus as that’s where I feel I have the most to prove, especially after 2014 - I’ve also had a few emails from people in other championships that I’ve been speaking to before this weekend. It’s given me that stepping stone but right now my first choice would be to race with this team as I’ve had a great weekend and the team are great.”