Byrne doubles up at Knockhill 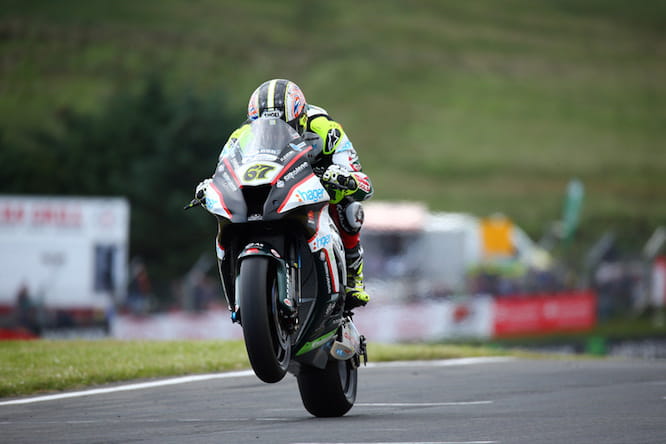 The four-times champion took the holeshot in the first race but local hero Stuart Easton was never far behind his PBM teammate.

Having started from the third row of the grid, Michael Laverty was on the charge in the second half of the 30 lap battle. The Ulsterman pulled a hard move on third-placed Josh Brookes with three laps to go, which would later see the pair summoned to race direction after it was alleged the pass came under yellow flags. Laverty was given a one second time penalty, which saw him relegated from second to fourth on the results sheet. 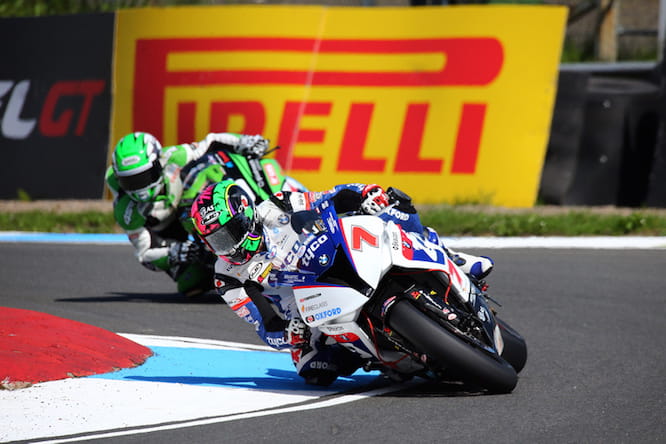 Laverty’s secured second as by slipping up the inside of Easton at the hairpin on the penultimate lap with the pair making contact but both made it through the turn. Neither was close enough to challenge Byrne on the final lap, with the reigning champion taking his third consecutive victory.

Brookes took fourth ahead of Jason O’Halloran and Danny Buchan.

Starting from the front row in race two, Michael Laverty shot into the lead at the first turn ahead of poleman James Ellison, who soon found himself on the grass after trying to pull an early move on the Tyco BMW ahead.

Byrne and Easton were soon on Laverty’s tail, with Yamaha’s Josh Brookes not far behind. As the battle heated up, the rain came down bringing out the red flags with ten laps to go.

The shower soon passed and the race was restarted over 11 laps. Looking committed from the off, Byrne shot off the line to gap teammate Stuart Easton by the end of the first lap.

It turned into a weekend to forget for James Ellison, who retired mid-way through the restart. Luke Mossey crashed out of a strong fourth place in the last two laps as Easton and Brookes pursued race leader Byrne.

Once again the championship leader’s pace proved insurmountable as he cruised across the line to take the double. Easton and Brookes completed the podium ahead of a rejuvenated Ryuichi Kiyonari in fourth.

Jason O’Halloran and Michael Laverty rounded out the top six.

Byrne’s double places him 38 points ahead of Josh Brookes in the championship standings, Easton moves to third ahead of Ellison while Michael Laverty closes in on a top six spot, just three points behind team-mate Tommy Bridewell.