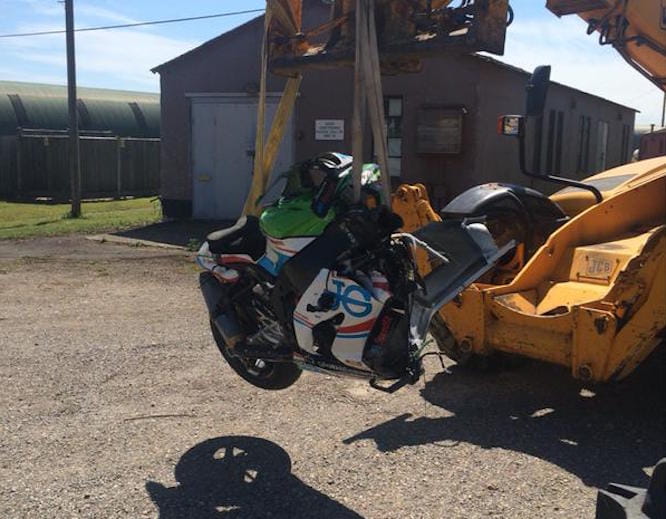 JG Speedfit Kawasaki’s James Ellison will miss the remainder of this weekend’s Thruxton British Superbike round after breaking his wrist in an incident during the first race.

The Cumbrian went down on oil spilled by Richard Cooper’s Anvil Hire TAG Kawasaki in the early stages of this afternoon’s first race. Having been taken to the medical centre, an examination revealed he had suffered a clean break of the left wrist.

Despite the DNF, Ellison remains third in the championship and is therefore keen to return to action as soon as possible. Having already made plans to have the wrist operated on, he’ll discuss a rehabilitation plan with the team later this week with the aim of being back on the grid for the next round at Cadwell Park.

"I'm gutted", said Ellison after the race. "I'm going to see a specialist tomorrow morning to see what we're going to do. Hopefully I won't have to keep it in a cast as I haven't ruled out racing at Cadwell at the moment. I'm gutted for the team but also really pleased for James [Westmoreland] to get his first podium."