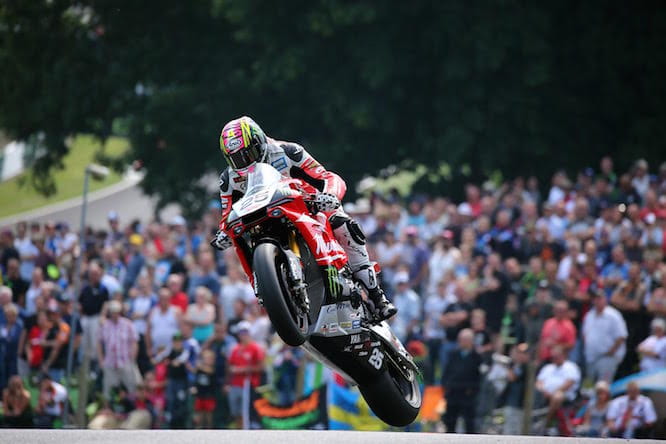 Having topped every session before taking pole, Brookes went on to significantly top up his championship lead with main rival Shane ‘Shakey’ Byrne once again struggling to find his form.

Byrne endured a difficult weekend and after failing to find the pace in practice, he qualified just 11th for the first race of the day. He took sixth in race one before a slight improvement before the afternoon’s second race saw him hassling the eventual podium finishers before crossing the line in fourth.

Local-man Pete Hickman enjoyed a strong weekend, taking two impressive second places. The Louth-based rider passed Luke Mossey for second before a safety car in race one, before taking advantage of the restart to build a gap on the Quattro-Plant Kawasaki. 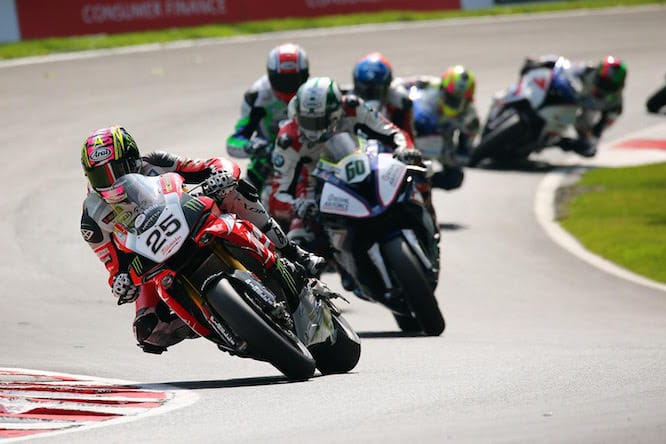 Things were a little tougher for the RAF Reserves BMW rider in race two, with Tommy Bridewell hot on his tail for the runner-up spot. The West Countryman made a move at Park Corner with five laps to go, but Hickman kept on his tail. The move to take second came on the final lap, as the lanky 25 year old forced his way through at Mansfield and maintained position despite running wide.

Having been on the pace all weekend, Be Wiser Kawasaki’s Danny Buchan crashed out of the first race in dramatic fashion, falling heavily at the mountain. Despite this, he went on to take a strong eighth place in race two.

Australia’s Billy McConnell enjoyed his first British Superbike podium in the first race, pulling hard-but-fair moves on both Luke Mossey and Tommy Bridewell to clinch third in the closing stages. Mossey, who had until that point been third, finished seventh. The pair went on to finish sixth and fifth respectively in race two, while Bridewell completed the podium.