Points for Iddon despite broken leg 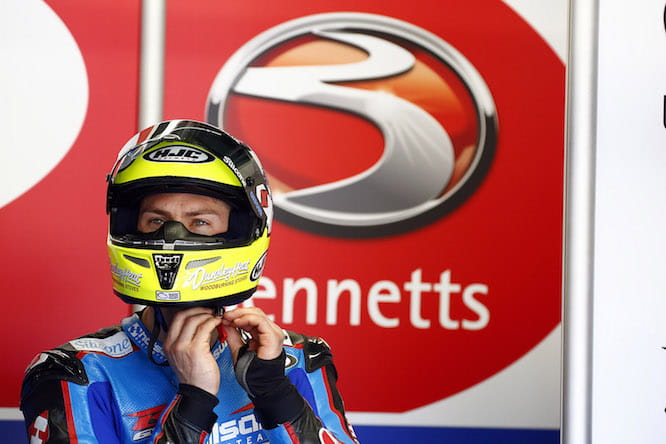 Christian Iddon crashed out of Sunday’s opening British Superbike race at Brands Hatch, suffering a broken leg when another rider ran into him on the Cooper Straight.

Despite the break, Iddon was determined to return for race two and as he could put weight on the injured leg, the medical centre passed him fit to ride.

After a tough sighting lap, the Bennetts Suzuki rider wasn’t sure he’d be able to do it but a few small alterations made him much more comfortable. He went on to ride a strong race, pushing towards the top ten before understandably dropping off around mid-distance. What wasn’t expected, was that he’d start picking off the riders ahead in the closing stages, eventually finishing in a respectable 12th place.

“I’ve broken my fibula which isn’t ideal. It’s not a major bone but it hurts,” said Iddon talking to Bike Social after the race. “I guess you’ve just got to not give up, you’ve got to see what you can do. I didn’t want to be a danger to other riders so that was the main concern, I didn’t want to go bombing into paddock hill and not be able to be in the right place and knock a load of other boys off track. The adrenaline then kicked in and I decided I was safe enough to ride, I was obviously past safe but I’m not stupid. I did the sighting lap and I genuinely didn’t think I was going to be able to race. 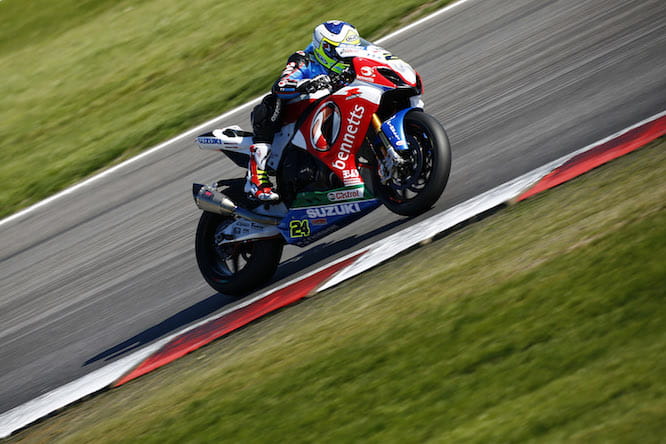 “It took me a good 15 minutes to get my boot on with the help of my girlfriend and I was shouting and swearing and allsorts just to get my boot on. I did the sighting lap and it was horrible, I couldn’t move my foot, I couldn’t do anything. We lowered the right footpeg and put some seat foam on it just so I could move about more and it was a massive improvement.

“We got an alright start and I thought ‘Ok we’re racing’ and to be honest I’d decided if after five laps I couldn’t hold the pace and was in 18th I’d pull in as there’s no point if you’re not going to bring any points home. We were just about in the points so I got my head down and then in the last five or six laps I knew I had a bit more so started to pick off a few of the guys in front.

“I think it’s a nice reward to the team who rushed to get the bike back together, I’m really grateful to them. It’s disappointing after yesterday as I think we had the pace for top five and I don’t see why that’d have been any different. We should have gone home with 20 odd points and we’ve gone home with four, but I did my best.”