Josh Brookes: "We shouldn't be this close with a standard engine" 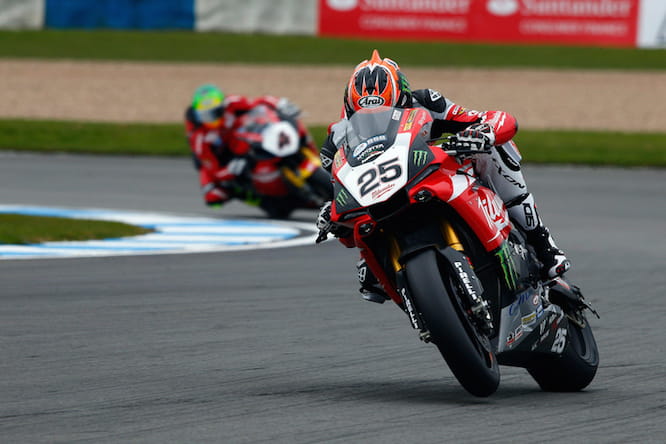 Josh Brookes has expressed his surprise at how competitive his Milwaukee Yamaha R1 has been in the opening round of the 2015 British Superbike Championship.

His YZF-R1 still features a large number of standard components, not least the motor, swinging arm, linkage and fuel tank but this doesn’t faze the Aussie, who was third fastest in the combined free practice classification.

The team have taken delivery of their race-spec engines, but having not tested with them they’ve made the call to stick with the standard motors as it’s not been so much of a hindrance so far.

“We couldn’t get those parts here and possibly won’t have them at Brands Hatch either but we’re already very close with the package we have so we’re super excited about the potential. At the moment we’ve just got to make the most of what we’ve got.

Running road parts should, in theory, hold the team back as these aren’t made for ultimate, short-term performance. 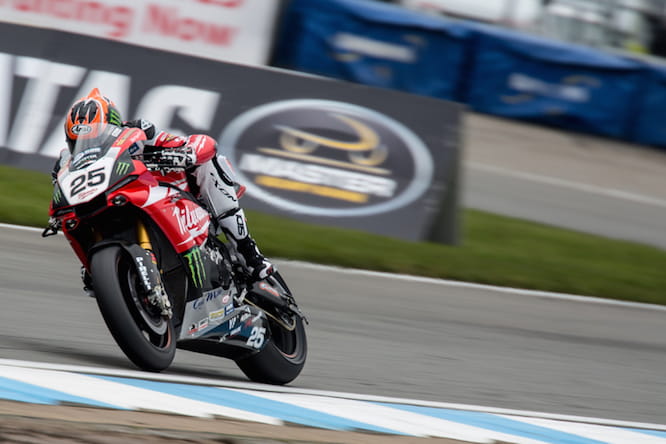 “We’re running the standard stuff that comes with the road bike and these some of your really key tuning elements when you get on the racetrack”, Brookes continued. “If you put a race swing arm in a standard road bike and you’ve got a guy on there with a passenger and maybe some luggage or commuting to work every day, quite quickly you’d see some stress fractures because it’s not made for doing those kind of runs. Instead, road swing arms are made to be user friendly that can last 15 years or more without any sign or ware. For the race track, when you’re at full lean angle trying to get every last inch out of the tyre, it’s sort of a limiting factor so for us to be so close to the leading guys with such little advancement on those key elements it’s a really positive situation, I don’t want to get too confident because it’s not clever to do that and you come across as being cocky but I’ve definitely got good expectations.”

The times Brookes is running is a real testament to the R1’s potential. If the bike is this good with predominantly standard parts, things must look good for the future…

“The new bike has such a user-friendly character, the engine even sounds different! The engine characteristics are different to the old bike, it definitely has a lighter feel, it physically weighs less by a long way. You can get a 600 and the new R1 and they weigh almost the same but the superbike feels beautiful and easy to flip around and change direction and it’s because the weight of the engine. By making the new bike a lot lighter internally, it gets that light, easy manoeuvrable feeling but has the power to keep pulling.