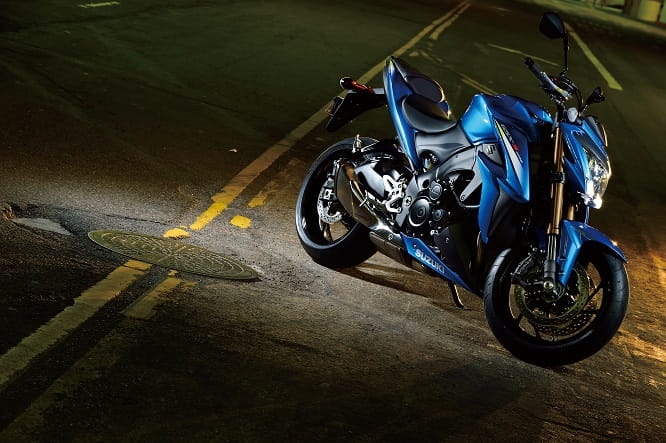 One of Suzuki’s worst-kept secrets has finally broken cover – the naked GSX-S1000.

The bike uses a full twin-spar aluminium chassis with a swingarm taken straight from the 2014 GSX-R1000 sports bike.

Suzuki say the GSX-S1000 is designed to be a ‘Crouching Beast’.  It uses an LED strip under the main headlight to give the bike its own unique identity on the road. 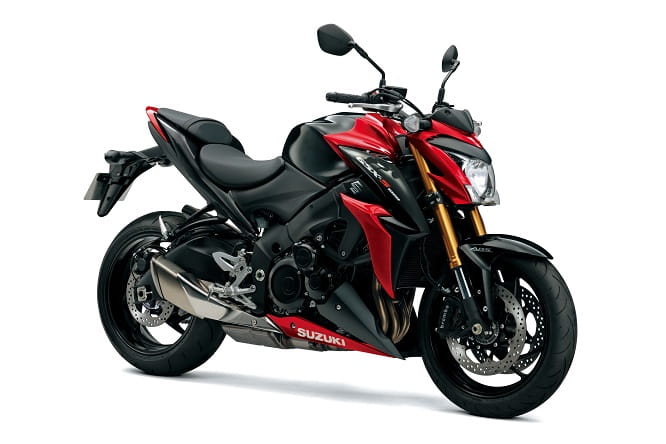 A Suzuki spokesman said:  “The GSX-S1000 impressed you with a wild, bold and aggressive look. The overall shape is inspired by a beast crouching for hunt. As the targeted customer is the matured rider in his 40’s and above, the designer intends to create classy touch on the styling design.” Got that? No, me neither.

What we can say is that the GSX-S1000 is one of the best-looking naked bikes on the market, and although Suzuki aren’t saying how much power the bike makes, they’ve told us that although the motor has been chosen and retuned for torque, there’s also plenty of top-end power too. 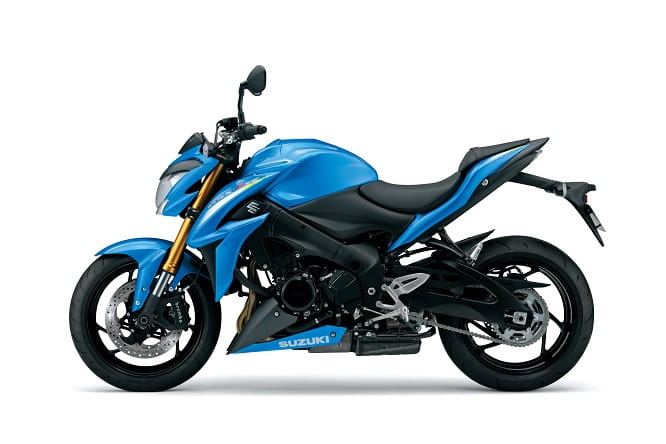 The chassis too, is not just a parts bin special, it has been designed for sports riding while letting the rider have an aggressive riding position. The bike uses an aluminium Renthal handlebar.

Despite the naked bike looks, the bike gets a sporty and pointy rear seat unit that wouldn’t be out of place on a full sports bike, a stubby exhaust, a belly pan and a nicely designed radiator shroud. It all adds to the aggressive nose-forward concept styling of the bike. There’s a 17-litre fuel tank too.

Like the faired GSX-S1000F, the GSX1000S gets fully-adjustable 43mm upside front forks from KYB, and a KYB rear shock adjustable for preload and rebound damping. There’s new six-spoke wheels running a 190-section Dunlop radial rear tyre. ABS developed by Bosch is available as an option. 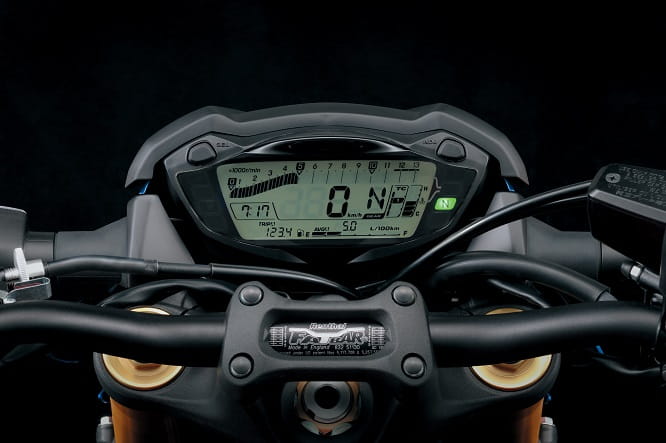 Interestingly, modern Suzuki’s have always required the rider to pull the clutch in to start the bike, even in neutral, but Suzuki have dropped this on the GSX-S1000 range. Just engage neutral and push the starter like most other modern bikes.

No power, wheelbase and weight figures are available for the bike, but we can tell you that it has a 815mm set height and is 2115mm in overall length.