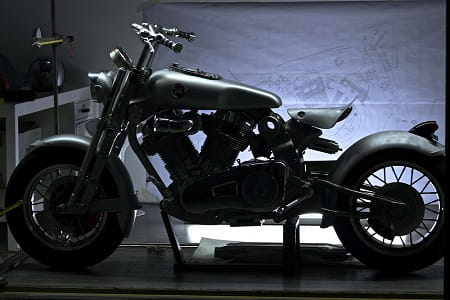 Last month, Italian-owned British manufacturer Matchless announced they would return with a new model designed by the man responsible for the legendary Laverda Jota, Franco Malenotti.

Now the historic marque has released ‘under construction’ pics of its new model, the 1916cc V-Twin Model X Reloaded, set to be unveiled at this year’s EICMA trade show in Milan next month.

Despite now being owned by an Italian family, Matchless are keen that the original British brand was re-developed in conjunction with the firm’s original owners – the Collier family.

Currently the Model X Reloaded is a prototype but a cryptic question in the firm’s latest release asks “Will it be a real bike?” suggesting the machine could enter production at some point.

The full statement reads: “Waiting for the next official presentation, it is possible to recall the attention to the frame, characterized by a “lamellar” construction to obtain strength and flexibility, as indicated by the most recent dictates in competition bikes; attention to the new “Castle” type front suspension,  inspired by the 1930’s models, but really up to date and totally adjustable; attention to the two rear shock absorbers, that operate “in traction”, to avoid twisting movements on the frame.

Also the braking system is innovative and exclusive, based on a front caliper operating by 12 pistons with forced air cooling, and a rear caliper by 6 pistons.

The riding position is absolutely innovative, with a wide range of positions, so the pilot can seat and ride as he likes, or as the situation requires: the handlebar offers 25 centimeters of vertical travel, between the top and the lower position, and the “grips” can rotate on horizontal and vertical axes. And more, Model X offer a 6 centimeters adjustable single seat height, and it is possible to choose if use the front or the traditional footrests.

Also the two separate front headlamps are adjustable in their vertical position, to optimize positive and passive vision in every situation.

Big attention, at last, was reserved to the engine features, pointing mainly to riding pleasure than to performances, and to grant to the rider more torque than maximum power.

Matchless Model X Reloaded: will it be a “real” bike?”

Matchless have distributed the first official photograph of their 1916cc V-Twin engine which is to power the 'Model X Reloaded', their brand new model set to be unveiled at the EICMA Milan Motorcycle Show next week.

Keep your eyes on Bike Social as we'll be reporting live from the show. 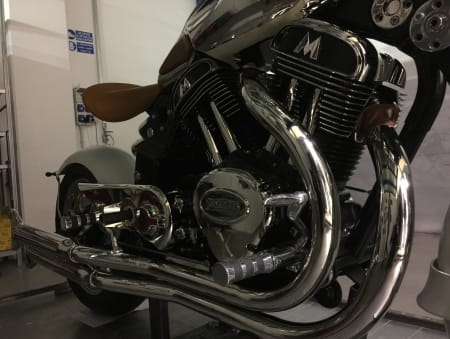 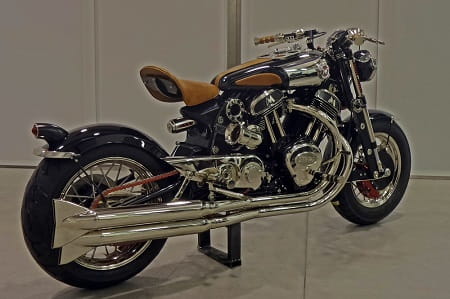 We weren't joking about that polish supply. This evening Matchless has released a preview pic of the new Model X Reloaded ahead of its official launch in Milan next week. Full details next week.