The Indian automotive manufacturer, Mahindra, is all set to buy a majority 51% stake in Peugeot Scooters which includes a promised investment of almost £12m to finance projects, including a new vehicle due in 2017.

Earlier today, the Mumbai-based company who began trading in 1945 and now have a presence in almost every sector of the automobile industry, announced the agreement through its subsidiary brand, Mahindra Two Wheelers (MTW). 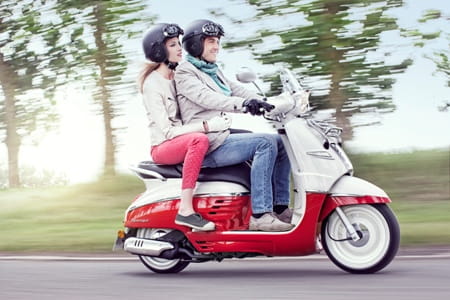 The deal appears to be share-based with parent company PSA Peugeot Citroen selling some of its shares to Mahindra. The Indian firm would then invest £11.78m to finance projects through the partnerships resulting in them owning a majority 51% of Peugeot Motorcycles, the world’s oldest two-wheel vehicle brand.

Meanwhile, Peugeot who blame the steep decline in the European market over several years, see the deal as one to “speed the expansion of Peugeot Scooter, strengthen the brand and its products and secure its future” as part of a two-part growth strategy. The first part sees the subcontracting of manufacturing and logistics operations as well as streamlining jobs and hiring younger recruits through work-study contracts.

Following the announcement of the plan, Frederic Fabre, Managing Director of Peugeot Scooters, said, “This morning I discussed a plan with our employee representatives that offers a promising future for Peugeot Scooters. The first step will be to introduce the recovery plan, which is absolutely vital. The second stage is the strategic partnership with Mahindra & Mahindra Group, which would give us the chance to speed our geographic development. Together, let’s make sure we write the next chapter in our story by seizing these opportunities to secure the future of Peugeot Scooters and maintain operations at the Mandeure site.”

A spokesman for 3X Motorcycles, UK distributors for Peugeot Scooters, said about the deal, “That has to be good news for the long term future of the brand, particularly in terms of new model development” 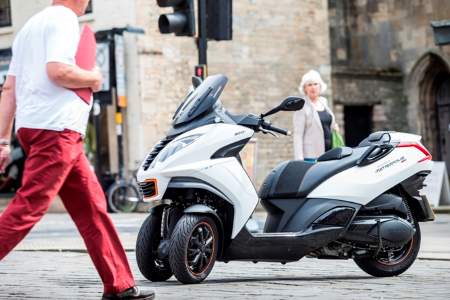 Peugeot Scooters sell two-and three wheeled scooters in a range of 50cc – 400cc and in 2013 they sold 79,000 scooters worldwide. However, in Europe, more than 500,000 scooters are sold each year with a further 13million in China alone. If Peugeot and Mahindra’s plans come to fruition, the European brand could reap rewards in the Indian market. But ‘if’ is a big word.