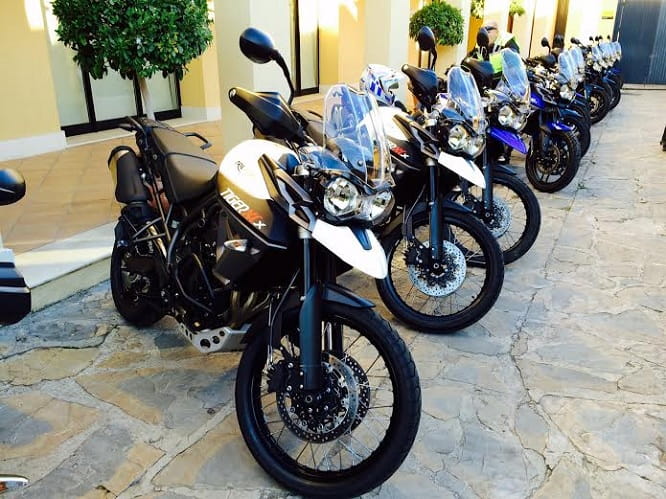 Triumph's Tiger XCx is one of four new models in the new Triumph Tiger 800 range for 2015. We're in Spain for the world launch, here are our first impressions.

Okay, so the launch is on-going and we've only covered about 20km of on-road and 10km off-road so far but the bike already feels more nimble than its predecessor which is most likely thanks to its new WP upside forks on the front and WP mono shock on the rear.

It feels stable and confident both on and off-road. The only downside so far is that 1st gear is quite long so the engine braking isn't as effective as I'd like it to be on downhill off road sections.

New for 2015 multiple rider modes, including ABS and traction control options, are all adjusted from the left hand switch gear and by the mode button next to the display. In off-road mode the ABS to the rear wheel is cut and the traction control is dumbed down. As a safety feature if the bike is turned off, the original setting will be restored. 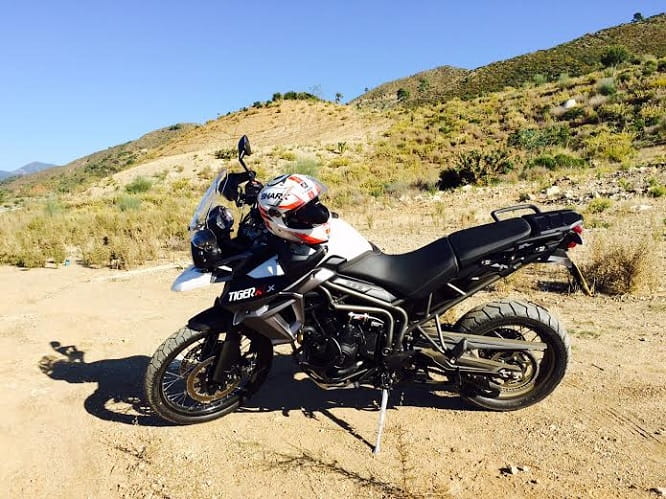 The ride-by-wire throttle is smooth and the slicker gear change is noticeable too.

The more comfortable riding position seems ideal for road use and bike is beautifully balanced which makes it feel lighter than the current model...which it's not. The bike is 6kg heavier than the older model but that's because of all the extras, such as ABS, which come as standard.

We have the adjustable seat at its highest setting and with a 6ft tall rider it feels ideal.

We're looking to cover in excess of 75 road miles this afternoon and we'll have the full review published later. 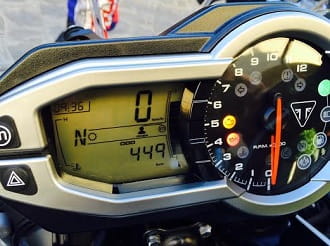 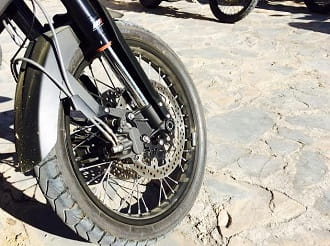 It's expected the new range will be available from January 2015 and the XCx will be priced at £9,999.