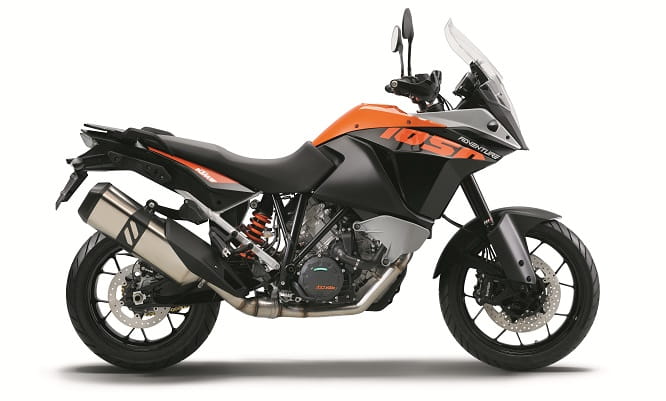 Two weeks ago we brought you spy shots of a new, ‘entry-level’ adventure bike from KTM; the 1050 Adventure. This morning the Austrian manufacturer has lifted the covers off the new model at the EICMA Exhibition in Milan.

The 1050 Adventure will sit as the entry level to the four bike travel enduro series underneath the 1290 Super Adventure unveiled at the Cologne Motorcycle Trade Show last month and the recently-revised 1190 Adventure and 1190 Adventure R.

With a theme of ‘less as more’, the 1050 Adventure features a 1050cc 4-stroke, liquid cooled v-twin lump similar to the power-plant found in KTM’s 1190 range.  It might be the smallest of KTM's Adventure family but the 1050’s v-twin motor produces a fair 95bhp and with overall weight at 212kg, its power to weight ratio is far from shabby. 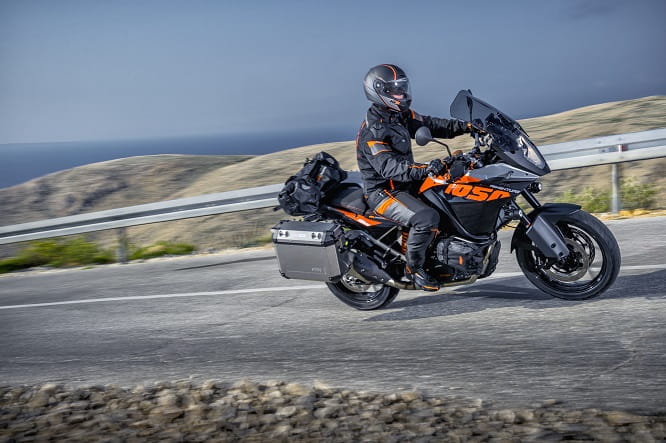 Despite being the ‘entry level’ model, the 1050 Adventure comes with KTM’s top spec Ride Mode Technology electronics package as standard, including ABS and a traction control system that allows more or less slippage on the rear wheel depending on the chosen ride mode.

KTM are positioning the 1050 as a perfect first adventure bike and to promote that position an optional power restriction kit is available opening the bike up to motorcycle newbies with an A2 license.

Bike Social are in Milan bringing you all the latest news from the EICMA show, keep up with our posts on Twitter and Facebook and in our 'Latest News' section.