Ducati has unveiled an all new Multistrada 1200 for 2015 that features a new more powerful Variable Valve Timing motor, new styling, and a host of new safety features. 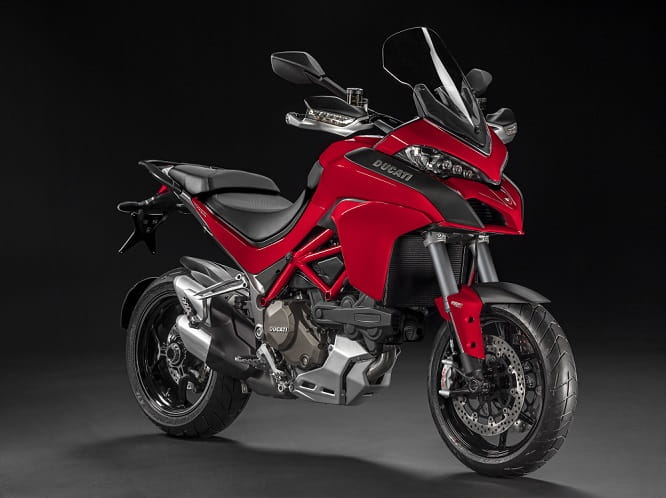 The Multistrada has undergone its biggest overhaul since its launch in 2010 when Ducati made a big play of the Multistrada being four bikes in one.

That concept of being able to tackle mild off-road routes, be used everyday, take on back roads like a sports bike, or cross-continents as a tourer, still remain true for the latest version, too.

The styling makes the bike look like a Multistrada on steroids, it's much fatter at the front than the current bike and the trademark adventure bike beak is still in place. But on the 2015 version the bike's nostrils look even more pumped up so it's even more noticeable from the front that this truly is a Multistrada.

Ducati describe it as 'a limitless bike able to indulge and adapt to the rider's every need.' I’m not about to argue with them, until we’ve ridden it at least.

The motor is the next biggest change. It makes 160bhp, or ten horsepower more than the old one, and the Testastretta DVT motor uses variable timing - a first on a Ducati. Honda uses a similar system on their V-TEC cars and the VFR800.

It means the engine varies the timing of the camshaft to control the intake and exhaust valves giving the motor two different feels. At low revs it's claimed to be torquey and easy to use, but as the revs increase, the variable valve timing alters so the engine takes on a whole new, more revvy feel.

As before, the Multistrada 1200 has selectable rider modes which adjust the amount of power, fuel maps, traction control and amount of ABS. 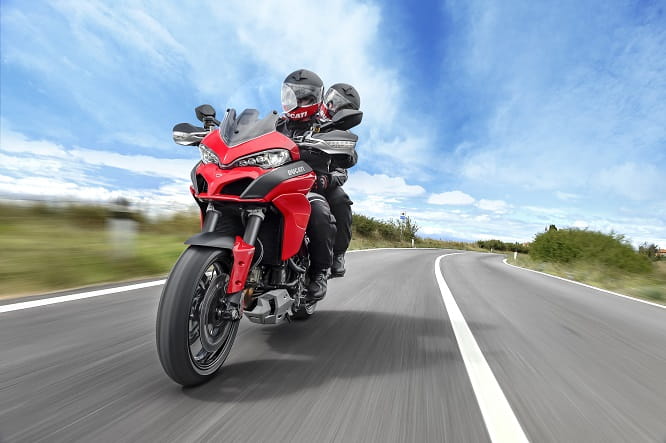 There’s also completely new bodywork, and an improved riding position which appears to sit the rider sits further in the bike that the current model. The seat is height adjustable from 825mm to 845mm and is 20mm longer than the older model. Some riders criticised the Multistrada for being too short in the seat.

The screen is height adjustable and the S-version of the bike also gets a full LED headlight with Ducati Cornering Lights. The headlight moves as the bike corners putting light exactly where a rider needs it. The system is a first for Ducati, although it is widely used by car manufacturers, like Ducati’s owners the Volkswagen Audi Group.

Other safety features include a new breed of ABS which allows riders to brake hard even when cornering without the wheels locking up. There's also Ducati Wheelie Control to help calm the bike when accelerating hard. The system can be adjusted eight ways and is based on the system used on the £52,000 Ducati 1199 Superleggera.

The Multistrada S-version gets an evolved version of the Ducati Skyhook Suspension system. It's semi-active suspension which reads the road and changes the damping depending on speed, throttle position, and how smooth or bumpy the surface is.

The system uses 48mm front forks from Sachs and a Sachs rear mono shock. The name Skyhook comes from the feeling Ducati's test riders said they got when riding the bike as it feels so balanced that it's as if you are being suspended from a hook in the sky. 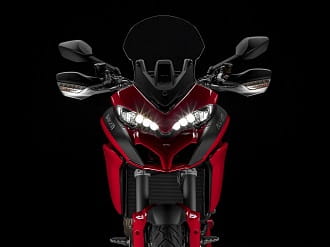 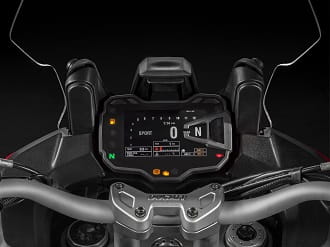 The standard S uses Sachs mechanical suspension with a set of 48mm upside down front forks. All bikes use the latest version of Pirelli's Scorpion Trail II tyre front and rear.

Further electronic gadgets include new instruments, and cruise control on both the standard Multistrada and the Multistrada S.

A host of accessories and different personalisation options ranging from a Touring Pack, a Sport Pack, an Urban pack, and an Enduro pack will be available when the bike goes on sale next year.

No prices are yet available, but expect them to be similar to the current range.

You can see the Multistrada's at Motorcycle Live next month.