Ducati Superleggera in the UK! 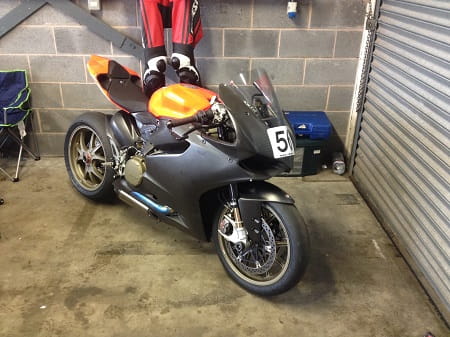 If it wasn’t enough to be able to buy yourself the rarest Ducati in production – the £54,000 Superleggera – it must have been pay day when one Ducati dealer sold 12 of them to his customers! Ducati tell us that 46 of the 500 built are in the UK.

Ducati Glasgow owner Martin Rees is renowned for being able to sell sand to the Arabs, and at Ducati’s track day at Donington Park on Tuesday he told Bike Social that he has sold 12 of the ultra-rare limited edition bikes top his customers! That’s a sum total of £650,000 worth of Superleggeras!

The Superleggera is a limited run of 500 bikes built and is the lightest and most powerful version of the Ducati 1199 Panigale yet. It makes a claimed 200bhp and weighs in at 155kg. Martin Rees’ own personal bike is number 40 out of 500. 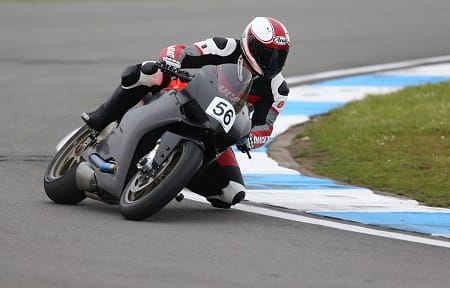 We’re told that one lucky UK buyer with an already impressive collection of Ducatis was so delighted to be awarded the number one bike that he bought another. Apparently he couldn’t face riding the number one bike, it being the holy grail of Panigales and all, so he ordered another one too! Or is that two?! 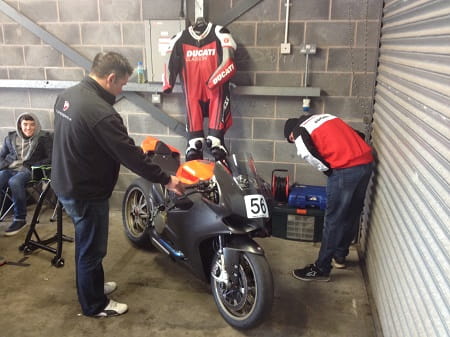 Sadly we couldn’t talk Martin Rees into a go on the bike (yet - ed!), but he allowed us to sit on it and make Ducati noises along with former GP rider and BSB star Niall Mackenzie. Mackenzie was ast the Ducati Track Day and couldn’t believe that to sit on and flick side-to-side it felt lighter between his legs than a proper World Superbike.

With Magnesium parts galore, the bike is already superlight, hence the name. But Rees’ bike has also been fitted with carbon-fibre track day bodywork, slicks, rearsets, race exhausts, and has had the lights removed so it weighs in around 152kg, compared to a World Superbike at 162kg. As you can see from the video, it sounds incredible too.