We bought you the very first spy shots of the new Ducati Monster 821 back in March and today the Italian outfit have official confirmed their new mid-size Monster which will be available from UK dealerships in July with prices starting at £8,795. 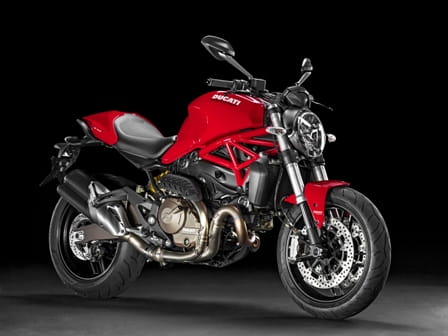 Powered by powered by the same 112hp water-cooled 821cc Testastretta 11° motor which can also be found in the Hypermotard, this beautiful new machine will kick out 65.9ft-lb of torque.  The other perks include an adjustable seat height and Rising Modes which combine an 8-level traction control, 3-level ABS and 3-level Ride-by-Wire.

The new 821 has many similarities between it and its 1200cc older brother with an identical frame, chassis, tank, seat and twin exhausts. However, the all-new double sided swing arm and tail tidy mark the significant differences. 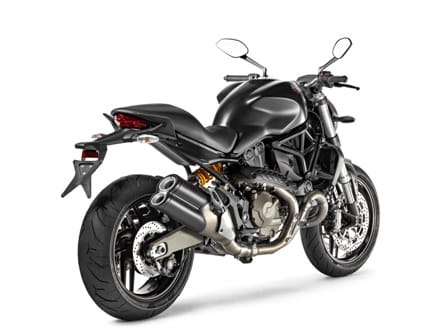 Ducati recently announced a record sales year for 2013, marginally up on 2012 which is encouraging and it was the Monster range that contributed significantly not only last year but continuously during its 21 year stretch with almost 300,000 being sold during this time.

In a very competitive segment of the market, the 821 will find itself up against European and Japanese rivals, including Honda NC750, Yamaha MT-09 and MT-07, Kawasaki Z800 and Triumph Speed Triple. 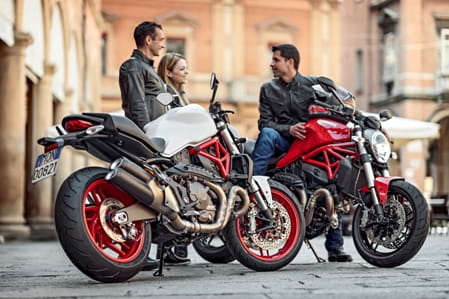 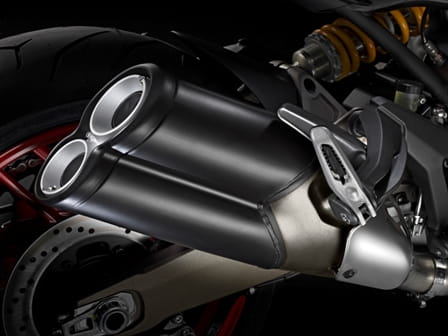 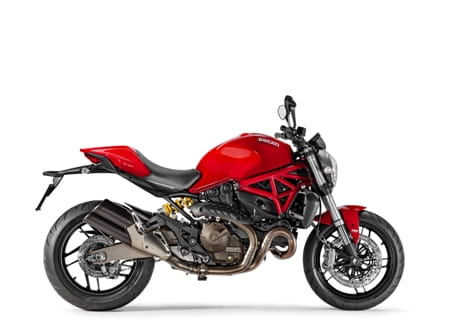