Bultaco is back...and it's electric!

The Spanish motorcycle firm Bultaco has announced its return to motorcycle production with two brand new electric models; the Rapitan and Rapitan Sport. 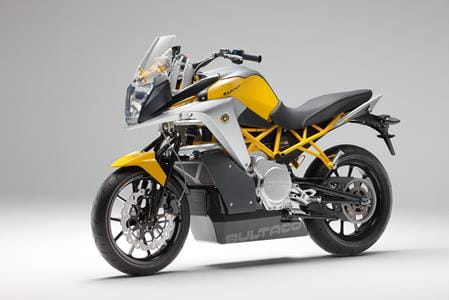 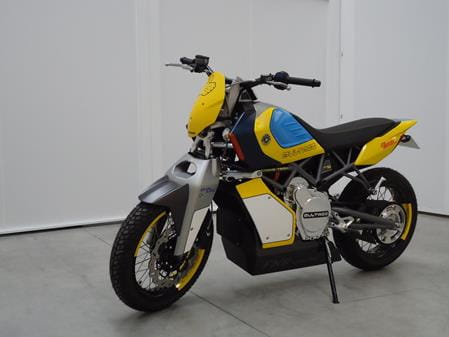 Bultaco has released images of both bikes which will be using their own in-house electric motor, in advance of their 2015 release. Bultaco say they will build around 2,000 bikes aimed for the UK, Spain, Germany, France and the USA. 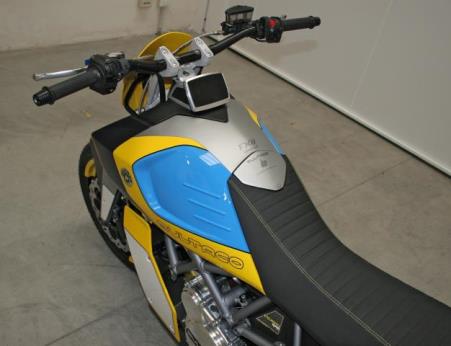 The electric motor is an air-cooled brushless induction system which will be developed from scratch and, much like the KERS (Kinetic Engine Recovery System) Formula 1 fans will be familiar with, the two Bultaco's will also yield energy from regenerative braking.

The motor will provide 54 bhp (or 40kW if you prefer) and 92 foot pounds of torque (125 Nm) which is the same amount of torque as the new BMW R1200GS Adventure whilst weighing the same as KTM's Superduke R or Ducati's Multistrada (189kg)!

Charging time is one of the key variables when talking about electric machinery and the Bultaco Rapitan and Bultaco Rapitan Sport will be fully charged between 3.5 - 5 hours although a quick charge function of 45mins - 1 hour is also available. 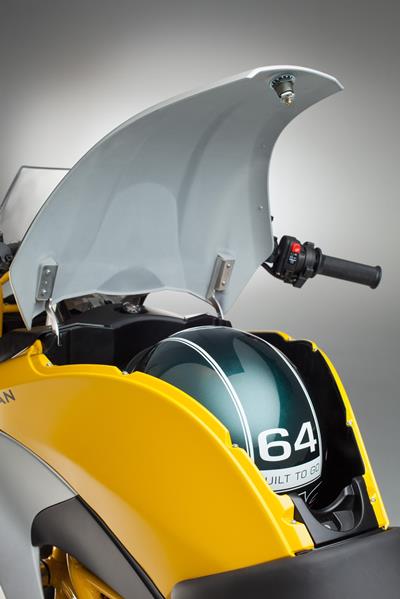 An app called Bike Manager can be used to check information such as remaining battery charge and how efficiently you're riding (Bike Social sees a challenge coming!)

The company are claiming 500 new jobs will be created at either their innovation centre in Madrid or at the manufacturing plant in Barcelona.

In the 60's and 70's Bultaco found success building 2-stroke bikes originally for road racing and then in off-road, motocross, trials and enduro racing. The great Sammy Miller won many competitions and championships off-road whilst it was a Bultaco then Barry Sheene road for his first ever race aged 17. Meanwhile, Angel Nieto won the 50cc World Championships in 1976 and 77 on a Bultaco. 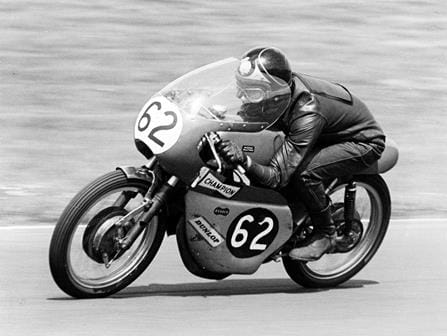 With such history, resource and infrastucture will the Spanish brand's new conquest be a success?