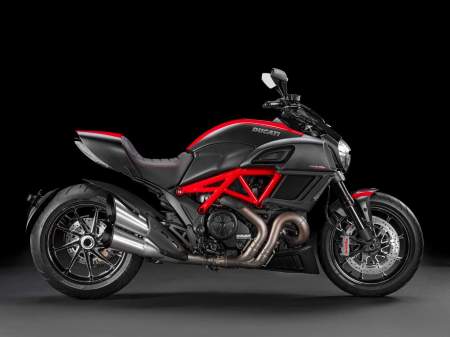 When Ducati introduced the Diavel in 2011, the motorcycling world sat up and paid attention and once the initial naysayers were tempted into riding it, many were converted.  Three years on and Ducati have used the Geneva Motor Show to unveil the second incarnation of the Diavel.

The new version broke cover last night when unveiled by Ducati’s CEO, Claudio Domenicali. The 2014 model offers new styling, better comfort, a new colour option, a full LED headlight, new exhaust and, perhaps most importantly, the latest version of the 1198cc Testastretta 11° DS engine. The Bologna-based manufacturer says that the engine is “even smoother and higher-performing”, which is highlighted by the increase in power from 94 to 96.2 ft lb.

The 162 bhp remains the same but this sport cruiser boasts performance, handling and brakes that many sports bike owners would envy although the Divael then plays its trump card with its comfort and style. You can’t miss one on the road with its 240-section rear Pirelli. Service intervals are increased from 15,000 to 18,000 miles and the refinements in the engine should allow for improved mpg.

The bike is heartily equipped with ABS, Traction Control and the three Ducati Riding Mode options all as standard. Take our advice and get signed up for a test ride. 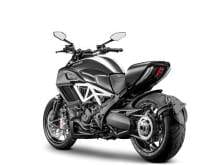 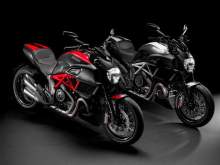 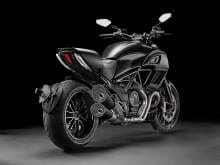 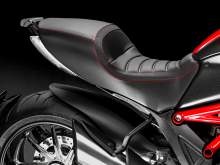 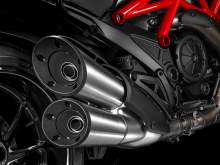 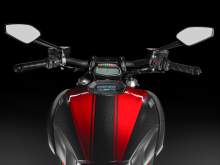