Forecasts made by the developers of the £280m, 830-acre Circuit of Wales have been under scrutiny from a BBC investigation but those responsible for the development, The Heads of the Valleys Development Company, have hit back. 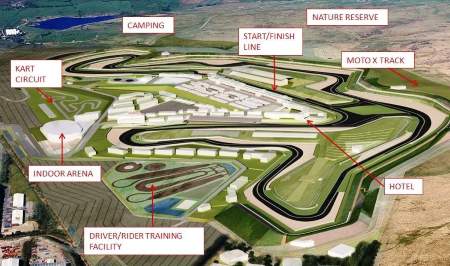 The BBC Wales show, Week In Week Out which was broadcast on Tuesday 11th March, questioned the accuracy of the project’s estimated employment figures, its financial structure and backers as well as the likelihood of it actually being delivered against the original timescales.

Naturally the cost of the project was poignant within the show with the outlined £280m spend, some of which will be public money, being discussed as well as claims made by the circuit’s developers that the project, in one of Wales’s poorest regions, will create between 4,000 – 6,000 full time jobs.

Reacting to the programme, The Heads of the Valleys Development Company released a statement this morning expressing disappointment in the report and confirming details of the job estimates;

“We are pleased the BBC highlighted the support expressed for the project within the community, however, we are disappointed in the way the jobs and investment aspects of the project were represented.

“The job estimates quoted are derived from sources independently commissioned by the Welsh Government, Blaenau Gwent County Borough Council, and the Heads of the Valleys Development Company. We have been mindful not to over promise on job estimates. We are currently putting in place training provisions with our partners to ensure people from South Wales have the necessary skills to access the wide range of jobs that will become available.

“The jobs created are not confined to the actual Circuit of Wales site, they will be spread throughout the region as we attract the automotive industry to relocate to the area. Independent forecasts point to around 2,300 construction jobs and between 4,000 and 6,000 full time jobs created as a result of this investment programme.”

The presenter of show, Tim Rogers, who insisted on calling the pinnacle of motorcycle racing, “the MotoGP Rally”, interviewed a host of relevant parties including Lord Kinnock (project advisor), Professor Garel Rhys, (Chair of the Welsh Automotive Forum), Hedley McCarthy (leader of the local council) as well as Silverstone’s Managing Director, Richard Phillips who quite obviously questioned the Circuit of Wales’s viability in terms of making money. 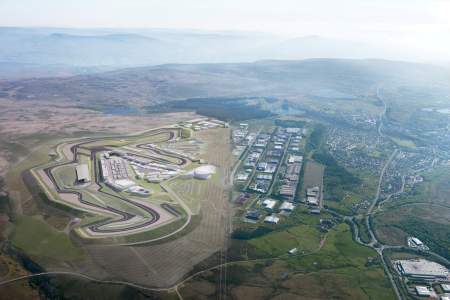 From a neutral perspective the show opened the viewer’s eyes to the progress of the development with contributors offering positive opinions about the benefits to the local area whilst remaining realistic about the build delays and costs.  There’s no doubt that if the finished development does what it says on the tin and looks like the proposals provided then it’ll be phenomenal for Wales and beyond but until the diggers move in, more transparency around investors is offered and a certain MotoGP agreement is confirmed then doubters will continue airing their views.

The Heads of the Valleys Development Company’s statement read that they “cooperated fully with the BBC to provide a full and accurate picture of what Circuit of Wales will mean to Wales in terms of jobs, opportunities, and investment to transform one of the most deprived areas of the UK”.

One third of the team behind the project, Michael Carrick, was also interviewed and whilst he refused to get into the detail of investors and DORNA contracts he did state, “We have to deliver, if we fail to deliver that will be an absolute disaster”.

Separately, last month a spokesman for the development told Bike Social, “At present we are planning to start permanent works - the first phase of the development in Q3 2014. There are many variables that affect how soon we can start enabling work including; local legislation, weather and the investment timetable but we are very pleased with our progress to date.  The start date and weather will largely determine when we will complete the first phase of development including the circuit and motor sport related facilities. We will make further announcements around the timescales for the development during 2014.”

Read our in-depth feature about the project from November 2013 by clicking here.