If  you want to ride a powered two-wheeler on the UK's roads then you'll need to pass a theory test and thankfully in a move certain to encourage more potential new riders, the DVSA (Driver and Vehicle Standards Agency) have announced a reduction in its cost, down from £31 to £23. 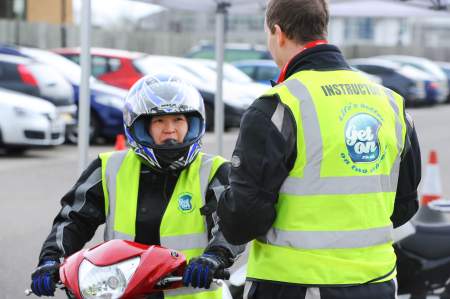 However, the reduction will be implemented in two stages. In October 2014, the cost will be reduced by £6 from £31 to £25 and then by a further £2 down to £23 in October 2015 thanks to a revised contractual arrangement with the test supplier. This cost reduction goes for car theory tests too, which according to the Government, will save new riders and drivers £9m annually.

A five-week public consultation period took place from 10th April to 15th May, as reported on Bike Social, yet 34 of the 272 who responded to the question 'Do you agree with the proposal to reduce the cost of the theory test fees?', ticked the box marked 'totally disagree', perhaps they'd rather not see more new drivers and riders on the roads.

“By agreeing new contract arrangements for the delivery of theory tests we have secured significant cost savings, and it is right that we pass these savings on to our customers. We want to make sure that we continue to keep pace with customers’ needs and deliver services in a way which is both convenient and cost effective.”

The Theory Test is made up ot two parts; the multiple choice section followed by the Hazard Perception Test, both parts are taken on the same day. Sign up using the official site; https://www.gov.uk/booktheorytest

Do you agree with the reduction? To add a comment to this article, please  or !