Hand up those of you who’ve crashed their motorcycle on purpose? Anyone? No?

It’s a good job the chaps at R&G, the British firm who have been manufacturing and selling clever devices which help protect your motorcycle from crash damage, have provided us with a video of what happens when you do. All in the name of research of course.

A brand new Honda CBR500R was bought specifically to crash-test some of the firm's newer products currently in development, in particular some engine casings and an exhaust silencer protector. The stunt rider deliberately low-sided the bike twice; once at 15mph and again at 35mph on a private airfield with an abrasive surface to demonstrate the resistance of the R&G products.

Since the company’s launch in 1999, R&G have won many awards for their Aero Crash Protectors and their Engine Case Covers are used in the British Superbike Championship and AMA-sanctioned events.

Simon Hughes, R&G Managing Director, said: “It probably sounds insane to crash a brand new bike on purpose, but sometimes that’s what is required for us to push our products further. It is true that no two crashes are the same, but this exercise – along with supporting a host of racers, teams and schools around the world who give us constant feedback – is the sort of activity that underlines what the Company is about and is why tens of thousands of riders across the globe trust R&G to protect their bike. I’m just pleased I wasn’t there to witness it.”

Here are the results: 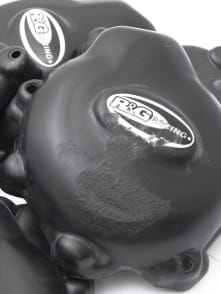 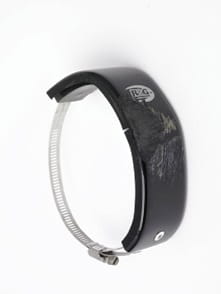 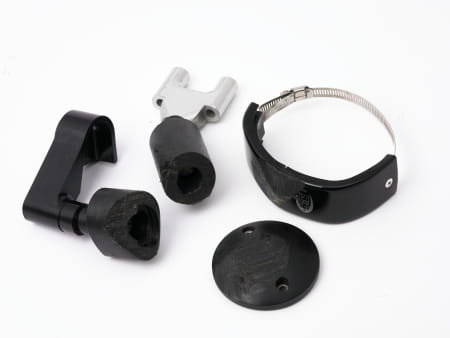