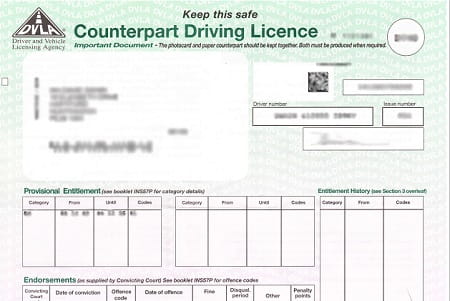 The Government has finally woken up to what we all know already - that the green paper part of your driving licence is pretty pointless and most of the information is on your photo card licence already.

Let's face it, they are mostly left in people's cupboards, and if they ever get near a motorcycle often end up getting wet and dishevelled. So, after a consulatation called the Red Tape Challenge consultation on road transportation they are officially going to scrap them from 2015. More details of their plan were released today.

Photo card licences, like the ones many of still have will continue, but the paper part will be abolished.

Instead of the floppy piece of green paper often asked for my hire companies, and track day organisers, the paper will be replaced with an online record website. The ‘View Driving Record’ website will offer free access for licence holders to view personal details, endorsements and entitlements.  The Police will also have access to the site.

Track day organisers and firms that need access to your driving licence record (like hire car companies) can also have access to some of that information once they are given permission by you to access it online. You can view a 'Beta test' version of the site and check your details here. The full version of the site will get a launch later this year.

Paper licences issued before the photo card came into effect in 1998 will remain valid, and people with the old licence will still be able to access the online service.

The Government hasn’t yet decided what to do with the paper card licences still in circulation and already issued.