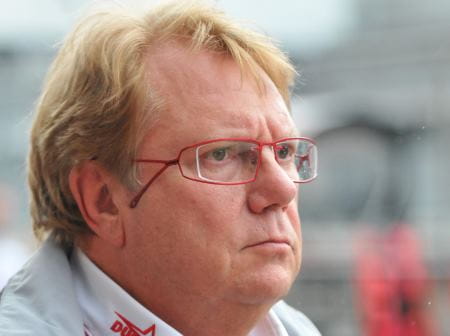 Following much rumour and speculation over recent months following their premature split with Ducati in World Superbikes, Alstare have now confirmed their plans for the future.

The Francis Batta run outfit has joined forces with Bimota in a five-year deal to create a Global Racing department for the Italian manufacturer, based at Alstare’s headquarters in Belgium. The agreement will see Alstare providing technical support to all official Bimota teams worldwide as well as providing parts for track use.

The Belgian squad will also take on a Research and Development role for Bimota and will work on improving Bimota’s Moto2 bikes as well as the Bimota BB3 superbike and new Bimota sports and supersport models.

It is expected Alstare will take Bimota back into the World Superbikes, a series in which the Italian marque last competed in 2000 taking a shock win with Anthony Gobert at a wet Phillip Island.  Bimota’s HB4 had some success in the 2012 CIV Moto2 class with victory for Robbin Harms at Imola although the bike could only manage a best finish of eighteenth place in the 2012 Moto2 World Championship.

Bimota’s racing plans are expected to be announced soon.