2015 British Grand Prix Update: “We hope to have a conclusion within 10 days”, says Silverstone boss 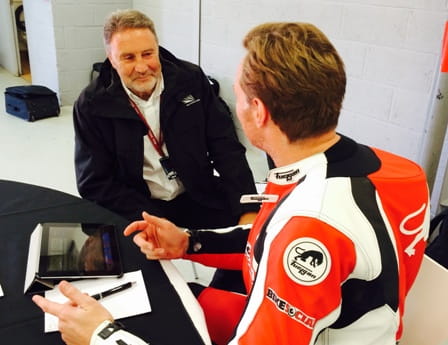 Last week, DORNA announced a 5-year agreement with a possible 5-year extension to host the British round of MotoGP at the Circuit of Wales starting next year. However, it has already been well documented that currently there is no circuit in place and therefore the first realistic opportunity for Messers. Marquez, Lorenzo, Redding & co. can race in Wales will be 2016. The speculation surrounding the likelyhood of a British round of the Championship appearing on the 2015 calendar and if so, where, has been rife since.

We sat down with Richard Philips, Managing Director of Silverstone, yesterday. He wants an answer...and soon. Here are the highlights:

This year represents the fifth and final year of Silverstone's contract with DORNA but when did it become a reality that current deal might not under threat?

Richard Philips: Well, we’ve known about the potential for the Circuit of Wales for the best part of three years, since it came into the public domain. We’ve known that it’s a potential threat, it’s been talked about for quite some time and whether it was to become a reality or not, nobody was quite sure. They seem to have got sufficient funds together to convince DORNA that they could promote the event so here we are.

The commerical decisions are often the toughest and emotions can sometimes cloud judgement. Were you just not prepared to meet the fee to extend?

RP: We like the (MotoGP) race, we’re owned by the most prestigious racing club in the world, the British Racing Drivers Club. They’re extraordinarily interested in and passionate about both two and four wheels so it’s in our DNA to have great events at Silverstone and there’s no doubt that MotoGP ranks up there amongst those great events.

On the other hand, the club is a private club, it has to be very commercial and this is a commercial circuit, probably the busiest circuit in the world. And there comes a point where you’ve got to say no, you can’t afford to pay for the rights fees that they’re asking for and you risk losing it and that’s the situation we were in.

Will there be a British MotoGP round next year?

RP: I would say that there’ll be a MotoGP in the UK next year. I think it’s in certain contracts that there has to be a MotoGP in the UK in 2015. Where will it happen? Well, it can’t happen in Wales because that’s not been built. Silverstone is the only circuit with a current licence that’s totally homologated. Donington Park lost its ‘Grandfather Rights’ when it lost MotoGP and has since made alterations to the circuit. As soon as you make alterations to the circuit you need to get it re-homologated. So, I believe they have to do a certain amount of work to the circuit in order to run a race, I’m not saying that it’s a lot of work but that’s the current situation as I understand it.

we now need to have sensible, grown-up dialogue to see what the immediate future of the British MotoGP is beyond 2014.

Yes, we’d love the race to stay here. Its’ a small industry, we all know each other and I know the guys that are working down at the Circuit of Wales and we now need to have sensible, grown-up dialogue to see what the immediate future of the British MotoGP is beyond 2014. We’re hoping we’ll be able to retain it here, we’re putting a couple of scenarios to them and we hope that one of those scenarios will be acceptable and I’m sure Donington are doing the same thing.

It is more expensive to come to Silverstone, the expectations of Silverstone being an International and a Grand Prix circuit are higher so when people come here they do expect certain things of Silverstone that perhaps they don’t expect elsewhere. Running events at Silverstone is more expensive, of course it is. On the other hand, we have 70,000 grandstand seats and most people when they come to MotoGP actually like to sit in a grandstand seat so they’re perhaps prepared to pay a bit more on a ticket than another circuit. There’s a lot of to-ing and fro-ing and a lot of variables of what might happen but the prime directive is that it has to be retained in the UK. It would be great to keep it at Silverstone but we’re a buy circuit, we have 95% occupancy on all of our circuits which is extraordinarily high. We have a date allocated to it (the same as this year, post bank holiday) but to be fair we make more money by not running the event! We wouldn’t want to hold that date for too long. We’re really hoping to have reached a conclusion in 10 days’ time at the race so hopefully we’ll be able to make an announcement then. 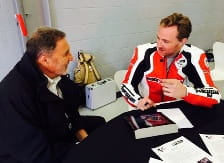 DORNA’s boss, Carmelo Ezpeleta, has been on record saying a decision will be reached by the end of September but that doesn’t seem to fit with your own deadline.

In your opinion can the Circuit of Wales be built by 2016?

RP: I’m fairly philosophical about these things. We’ve been in this situation before with both Brands Hatch and Donington but the Circuit of Wales have still got to raise the money and build the circuit and if they can then good luck to them. The only issues we’ve got with the Circuit of Wales are not about having another circuit and having competition, it’s about Governments getting involved, that’s not good for us. How do you compete with a Government? They’ll pay something to achieve a slightly different goal than perhaps we’ve got. We don’t like that part because that’s unfair competition and would be rally bad news for the public because ultimately somewhere along the line someone will say, “come on, this has got to start paying for itself” and ticket prices will rise which is not a great position to be in. If it did move away from here there’s an economic impact to be considered.

One of the men behind the Circuit of Wales project is Chris Herring and he’s been here at Silverstone today. Have you been having “sensible, grown-up dialogue”?

RP: I’ve known Chris for years, he was actually involved in bringing MotoGP to Silverstone. We had a proper conversation earlier on today. We’ve been running scenarios, I was out a Brno at the weekend and talking to DORNA; we’ve built a model and we were discussing earlier about what needed to change in that model and we’ll put some proposals to them hopefully later this week but I need permission from my board before I can complete anything. We need to clear this up, we need to get on sale…or not, depending on who’s got it I guess. But if we don’t get on with it soon then it doesn’t make commercial sense.

How are things looking for this year? You had record crowds last year, can they be beaten?

RP: Potentially it could be bigger than last year but the only thing that’s happened since the beginning of the season when we were well ahead on sales, is the audience on TV, the figures have dropped so there’s not so many people following it as last year.

The racing should be good and healthy especially with Marquez finishing fourth last time out, it might open it up a bit. In terms of top Brit, well that’ll depend on who keeps their bike running. I think Bradley is doing a lot better than I thought he might, he’s got certain advantages. I think it’ll be better for Cal next year probably. Scott’s a great racer but might not have the bike. They’re all mid-pack and it could go anyway. This is a fast circuit so it might suit Ducati’s top speed. 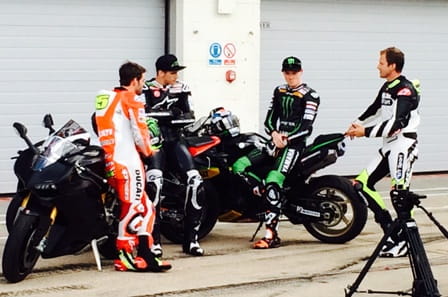