Ducati’s long-awaited and much-anticipated Scrambler will be unveiled at INTERMOT at the end of September, the Italian marque has confirmed. The announcement comes as the unofficial Ducati Corse Facebook page releases the latest and clearest spy shot. 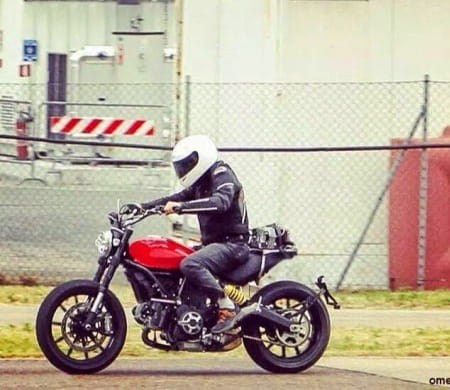 The air-cooled V-Twin, which Bike Social understands to be the same engine as used in the 796 Monster, will be officially unveiled at the Cologne-based motorcycle show before it arrives in Ducati dealers around the world in early 2015.

Today’s announcement was coupled with the release of another bright and snappy marketing video, this time showing animated characters Franco and Elvira riding an animated version of the Scrambler. It all forms part of Ducati’s major ‘lifestyle’ marketing push with their new model which seems to be aimed at a younger market. Sexy surfers, skateboarders, vibrant videos and plenty of trendy young folk are captured doing their ‘thang’ throughout the dedicated www.Scramblerducati.com website as the brand attempt to have as much of a connection as the original 60’s version did with the fashionable set of that decade.

We bought you the first spy shots of the new model back in March when a heavily disguised prototype was spotted outside the Bologna factory at a similar time as the all-new 821 Monster. However, the ‘mini-Monster’ was at that time almost production-ready and has since arrived in UK dealerships although the Scrambler is set to be a much simpler beast.

Ducati then officially confirmed the Scrambler at the beginning of June but only two days later we bought you more spy shots and even a video while the disguised bike went through its noise testing.

Then, at the event World Ducati Week event at the Missano World Circuit in Italy, in what was supposed to be a no-phone/camera shipping container, another shot of the Scrambler in its yellow coat appeared. 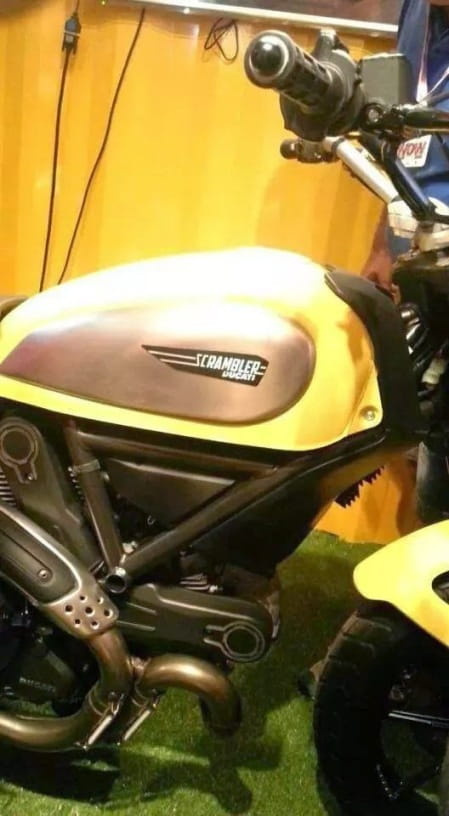 Ducati seem to have a very healthy marketing budget for the Scrambler project and the number of both official and unofficial images coming to light are simply feeding our anticipation. How about you?