Yamaha has introduced a one-off XV950 custom as part of its Yard Built series. It combines the new XV950 with paintscheme inspired by the FZ750 of the eighties.

The bike is designed to provide inspiration to owners to: 'give people inspiration to personalise their bikes and show how versatile bikes like the new XV950 can be when it comes to customisation.’ The bike is called the Bolt in the USA. 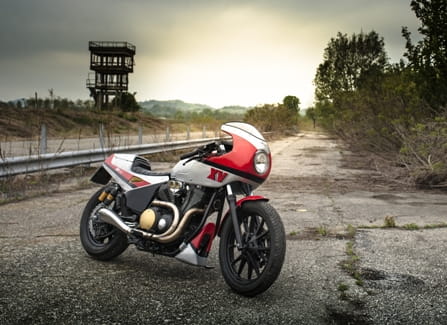 Back in July 2013 we tested the Yamaha’s new V-twin cruiser, the XV950, which makes up one quarter of its Sport Heritage range. They're designed as fun bikes that can lead to customisation.  And that is exactly what Yamaha had in mind when they challenged Italian chopper magazine, LowRide, to transform the standard XV into something befitting the Yard Built philosophy. Yamaha has previously worked on a T-Max by Roland Sands and an XJR1300 by Wrenchmonkees as part of the Yard Built series.

The LowRide team clearly had every intention of giving the XV a sportier feel mixed with a nod in the direction of the brands’ heritage, not only with its styling which are based on Yamaha’s FZ750, one of Yamaha’s key models from the late 80’s, but also by altering the riding position and thus creating a street racer style.

Even though the bike looks very different to the original four-cylinder machine, the alterations are reversible and easy-to-do according to Yamaha.

The half fairing, tail unit and cowling have all been inspired by the FZ750 and the fans of the 80’s sports bike will already know that the Pure Sports name was used on the fairing of the original machine.

Giuseppe Roncen, LowRide’s Editor, said, “We had so much fun riding the new Yamaha XV950 on its international press launch in California. Once we got it on the tricky streets of Milan we appreciated how easily it handled and we literally made sparks fly climbing the Apennine Mountains thanks to the roll-on acceleration of its twin engine. We tried to unleash its sports soul but without compromising the easy ride-ability, comfort and enviable balance. Without indulging in an exercise of style just for style’s sake, our team set about restyling with absolutely no compromises on dynamics and functionality.” 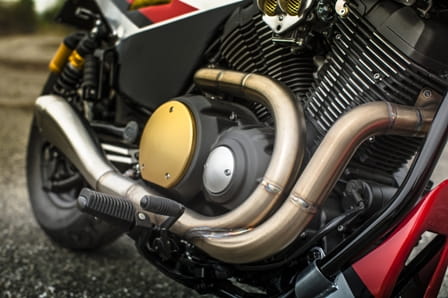 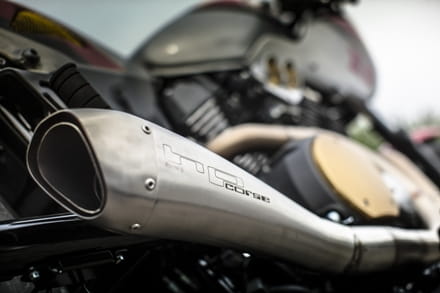 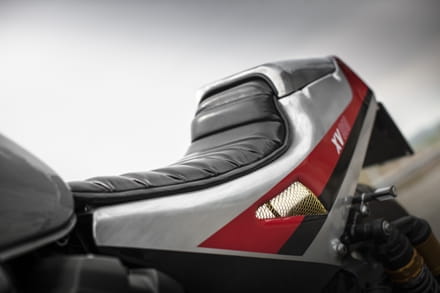 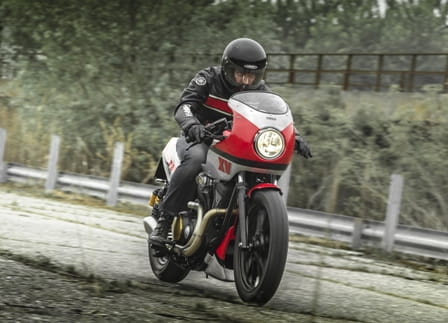