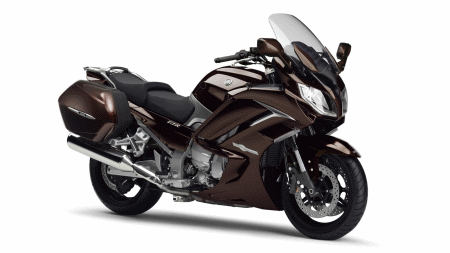 Yamaha has recently announced an addition to its long-distance tourer range for 2013, the FJR1300AE. The new model includes Yamaha’s electronically-adjustable suspension system, making it available for the first time with a standard gearbox, as opposed to the clutchless box on the FJR1300AS.

The adjustable suspension enables a rider to vary the suspension performance to suit both the road’s surface and load carrying requirements. With four main settings, the system is easy to use. A switch, mounted on the handlebars enables the rider to select “One up”, “One up with luggage”, “Two up” or “Two up with luggage”. The system also offers a choice of “Soft”, “Standard” or “Hard” damping for each setting. 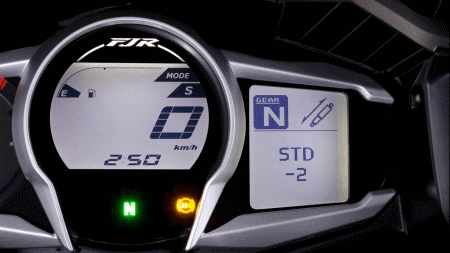 To accommodate this new system, the FJR1300AE has new “upside down” forks, changing both the looks and performance of the bike. The new forks contain independent damper mechanisms, splitting the compression and damping adjustment between fork legs. The compression damping mechanism is located in the left fork while the rebound damping is housed in the fight fork – a system that is currently used on both the YZF-R1 as well as YZR-M1 MotoGP machine.

To be available in October, the FJR1300AE comes in either Magnetic Bronze or Midnight Black and will cost around £14,499.