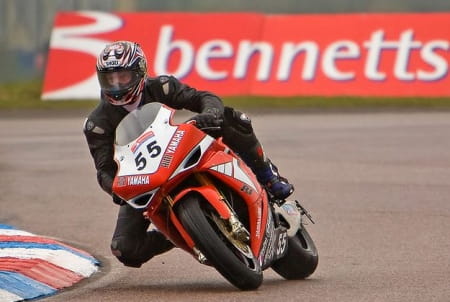 Support is growing for the former British Superbike star currently stranded in Dubai seven months after the death of his bride.

Emmett's wife, Abbie fell to her death while the couple were enjoying a two day stop in Dubai following their honeymoon back in February. Dubai Police declared the death as suicide.

Emmett's passport was taken by authorities after he was arrested for drinking alcohol without a license following his wife's death.In Dubai, alcohol can only be consumed in licensed premises. The British Consulate  are helping Emmett, but are unable to get involved within another country's judicial procedures.

Speaking to Bike Social, Emmett said: "I've been stuck in Dubai since Feb 19th after my wife fell from our hotel window and died. It has been just one hurdle after another since they withheld my passport. The police released me the same day of Abbie's death and released a statement to the press stating there were no suspicious circumstances and that they were treating the death as suicide."

"Obviously it's been tremendously tough being away from friends and family and not being able to attend my own wife's funeral. I've missed my 3 children's birthdays and although I'm in regular contact with them it's not the same as being there physically and giving them a hug."

"The support I've been getting from people has been unbelievable since the media have highlighted my plight and the e-petition to the government was set up by Philip Evans (a fan of mine)."

"This has completely changed my life, as not only have I lost my wife but had to spend the last of my money on staying out here, so if and when I finally get back to the UK, I'll have to start life over from scratch."