Heads Up: Helmet with built-in sat nav coming to the UK in 2014

Fancy paying USD $2,000 (£1,245) for your next helmet?  What if it had built-in technology that can only currently be used by drivers of newer BMW cars and the pilots of fighter jets? Surely it’s just the stuff you dreamed about as a kid, right?

Wrong.  If you do fancy parting with that sum of hard-earned cash then you’ll have just bought yourself a state-of-the-art lid with a built-in satellite navigation system displayed on the inside of your visor.  You’d better believe it because if the Russian developers have it their way then their helmet will be available to buy in the UK by this time next year. 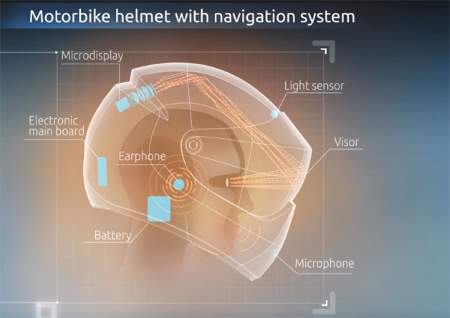 LiveMaps, the company who are behind this escapade, are using the same voice-activated system as seen on the iPhone iOS platform (known as Siri) meaning that users of this carbon fibre lid don’t have to rely on taping directions to their fuel tank, stopping by the side of the road and whipping out a map or, perhaps worse still, taking their eyes off the road and hands off the handlebars to adjust their sat nav.

The full colour, translucent display is projected onto the inside of the visor and the default will show the map, vehicle speed and time although the display options can be amended by the user.  The system has its own gyroscope meaning that the display automatically amends regardless of where the user is looking. And just like more modern Sat Navs, it will automatically adjust for day and night use. 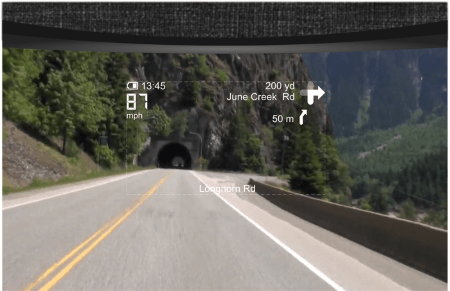 The voice-activated system will see the units sold with two speakers and a microphone also built-in and the initial distribution plan looks like this:

The manufacturers claim the battery will last “all day” but should you be in for a longer journey then the option of adding 2 x 3,000mAH batteries will be available to increase the operational time.  Despite the technology inside the shell, the helmet weighs just 1.4kg, a mere 150g more than Shark’s Race R-Pro.

If you run into trouble then just say “help” and the local authorities will be informed.  And if you say “burger” the system will direct you to the closest fast-food outlet…not really but it’s only a question of time before it does!