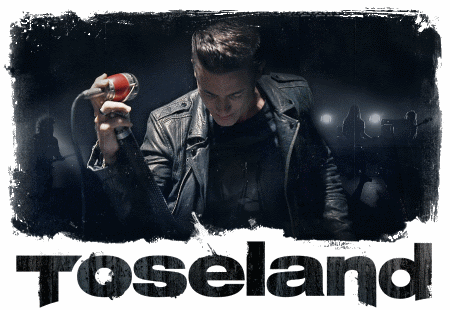 Double World Superbike Champion James Toseland will make a huge step in his new career this month as his band ‘Toseland’ release their first official single.

Toseland was forced to retire from racing following a wrist injury sustained in a testing crash at Aragon in the 2011 World Superbike Championship while riding for BMW Italia.

‘Renegade’, which will be released on October 13th, is Toseland’s first single proper – driving rhythms and the intricate guitars of Zurab Melua overlaid by the unique and powerful vocals of Toseland.

The band released their EP earlier this year and are set to start their Autumn tour in November.

Speaking to Bike Social, Toseland said: “The journey I've had from being forced to retire from racing to becoming a professional musician has been a massive but rewarding rollercoaster! It devastated me having to retire and I quickly realised I needed something to wake up for and music was the only other passion in my life to get that adrenaline rush I had before.

After a year and a half, writing the songs, getting the band together and gathering a team around this to organise gigs etc I am releasing my first single 'Renegade' on October the 13th. I am so proud to officially release my first single and it's had an amazing reception, being played on the A list of national radio stations and it's received fantastic reviews!”

Check out the video on Vevo/YouTube 'Toseland Renegade'

The Autumn tour starts on the 3rd of November. All dates are at:Toselandmusic.com/gigs