Riders for Health CEO awarded Woman of the Year 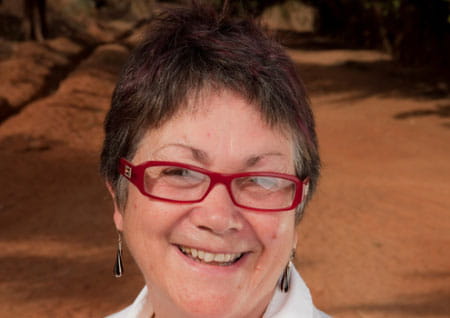 Half of the founding and driving force behind the favoured motorcycle charity’ Riders for Health’ Andrea Coleman, has just been named as the winner of the ‘Women of the Year Award’ sponsored by Barclays.

She was presented with award at lunch with 400 other women who Barclays recognise as a ‘Woman of the Year’ due to their achievements and contribution to society.

Baroness Helena Kennedy QC, President of Women of the Year, said: 'Andrea is a very worthy and inspirational recipient of this ‘Women of the Year’ award. Riders for Health have improved access to regular health care for millions of people across Africa. Through sheer hard work and determination, she has translated her life-long passion as a motorcyclist into a successful award winning programme in sub-Saharan Africa.'

Andrea, a keen motorcyclist who came from a family of engineers, co-founded the charity in 1990 with her second husband Barry Coleman. (She was formerly married to top Irish racer Tom Herron who was killed in a racing incident.) The charity has the Princes Royal as Patron and numbers a number of former racers on its Board of Trustees.

The idea to form the charity came after the pair became involved in supporting various charities working in rural African communities.

It became obvious to them that people were not receiving the health care they required, as the vehicles the health workers needed to reach them had often broken down due to lack of maintenance, often as a result of ignorance.  As a result they devised a strategy to not only raise funds to purchase motorcycles that could deal with the often harsh terrain, but also devised programmes to train local health workers to ride safely and maintain the motorcycles, so they could carry out their jobs properly and deliver healthcare to those in need.

One of the major fund raising activities for the charity takes place in the UK each year when the Moto GP arrives in the UK for the British Grand Prix. The ‘Day of Champions’ allows fans access to the paddock and GP riders who donate many items for their chosen charity.

As a result of their generosity this year, not mention the fans who attended, an incredible £216,249 was raised for the charity, £77,090 coming directly from the auction. The biggest individual price for a lot in the auction was a Bridgestone race tyre, signed by every rider in MotoGP, which raised £4600.

From small beginning’s and thanks to Andrea’s drive and commitment in partnership with her husband as well as others such as Randy Mamola over the last 25 years, Riders for Health now operates across seven African countries in partnership with local hospitals and clinics, ministries of health and NGOs.

Over the years, the charity estimates that they have helped provide life-changing care for 12 million people as well as creating thousands of jobs and equipping people with transferable skills.

In accepting her award, Andrea said, 'I cannot describe how it feels to be named one of the 'Women of the Year'. When I think of the many marvellous, brave, clever, stoical, women I meet in my work I realise just how lucky I am to be in a position to win this award. Women living in isolated, rural Africa are trapped by ill health, poverty and distance. They can never even dream that what they do will ever be seen let alone recognised. I am lucky. I have had that opportunity’.