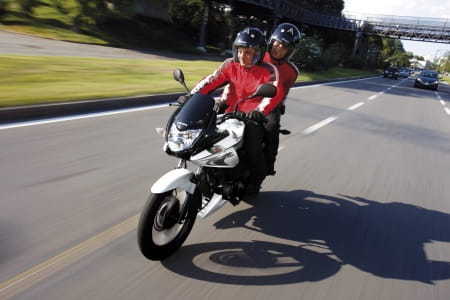 Moped and scooter registrations continue to fall, down 12.7% on the same period last year however more mopeds and scooters were sold in September than August this year.

All manufacturers saw an increase in registrations when compared with August with Honda retaining the top spot with a total of 2,345 registrations. Suzuki moved up to third with a large increase to 1,055, up from 231 in August. Honda, Suzuki, BMW and Triumph saw registrations double in September in comparison to the August figures. Lexmoto moves to the bottom of the pile despite an increase of registrations from 283 to 367.