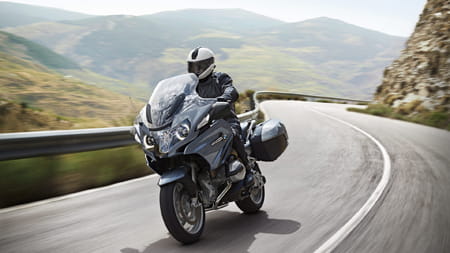 While the BMW R 1200 RT has been around for decades, the popular tourer has had a serious revamp for 2014. Launched just last week at EICMA, the all-new RT is powered by BMW’s new 125bhp liquid-cooled boxer engine, which was first introduced in the award-winning 2013 R 1200 GS.

According to the German marque, the new RT sets the benchmark for dynamic touring motorcycles even higher, and offers innovation and technology never seen before on a touring bike. The optional BMW Gear Shift Assistant Pro, which enables upshifts and downshifts without operation of the clutch or throttle, represents a world-first for production motorcycles. 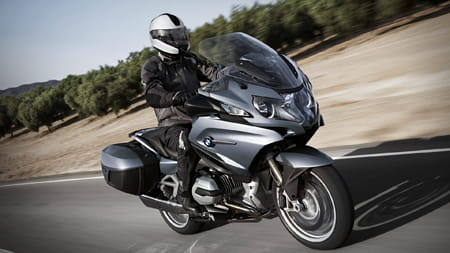 And the technology doesn’t stop there. The revamped RT is bursting with innovative new tech, from the electronic suspension adjustment and ABS to the 5.7-inch colour TFT LCD multi-display and hill-start assist system – most of which can be controlled by one left grip controller. In addition, the onboard computer can sync up with Bluetooth-enabled helmets and smartphones for all-round connectivity on the road.

In terms of performance, the bike’s air/water-cooled BMW boxer engine has even more torque and 125bhp, and thanks to the highly active electronically controlled suspension system ASC, the machine is easy to control and offers stability on every country road. The standard modes "Rain" and "Road" can also be activated at the press of a button, adapting the motorcycle perfectly to the weather conditions and road surface as required.

As with most manufacturers, there’s also a whole host of optional equipment. The special equipment for the new RT enables even simpler handling of the machine while still offering an increased level of comfort. For example, the electronic suspension BMW Dynamic ESA responds within a fraction of a second to changing surfaces, while "Dynamic" mode guarantees maximum riding fun for sporty, dynamic motorcyclists. There’s also an optional central locking system, which locks both cases by remote control.