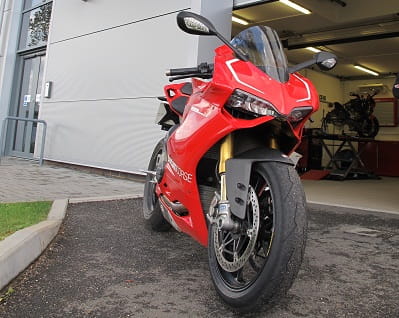 If there is one bike guaranteed to draw a crowd of admirers it’s a homologation special Ducati.

Despite the fact the chaps from Bologna have been building SP, SPS and R models since 1995 (a year after the original 916 was launched) their popularity never fails to diminish. Which is all part of their appeal. You can buy a Fireblade, throw £5,000 of extras on it and still other riders will walk on past. Even BMW’s ultra trick HP4 fails to really attract that many admiring glances when parked at a bike meet. But arrive on a Panigale R and not only will the sound from the dustbin-diameter full titanium Termignoni exhaust make heads turn, you can guarantee that when you return the brushed aluminium tank will have a multitude of finger prints all over it and the next day a million and one Facebook profiles will be changed to images of riders standing next to your bike! That’s just the effect Ducatis have on people and you have to love them for it.

It was revealed at the Milan Show to gasps, an R is a special thing. But for the majority of the riding public, owning a Panigale R is just a dream. A very nice one but a dream none the less. But what if this dream was to become a reality? Bike Social managed to steal the keys to Ducati UK’s demo Panigale R for a few days to see what life is like living with the most exclusive, sexy and down right gorgeous motorcycle on the market…

There are a few things you need to understand about Ducati R models. For a start practicality isn’t one of their strong points. These are homologation specials and therefore are designed to give Ducati the best possible chance of wining races. With this in mind you have to overlook the fact the R’s double bubble screen gets scratched by the mirrors when you fold them in, the rider’s seat becomes pretty hot thanks to the huge pipe that snakes around under the seat unit and your knees get toasted by the heat from the engine. Ok, these irritations aside, what’s the R like to ride? 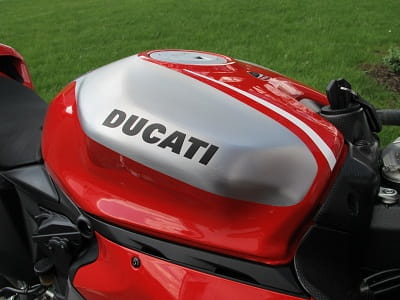 Despite the R’s motor containing a lighter crank and titanium con-rods it produces the same claimed 195bhp as the S and stock Panigale. This may come as a slight disappointment to some, but that’s not quite the whole story. While the lower specification (can a Panigale ever be called lower specification?) models make huge power figures, they deliver their drive in a fairly controllable fashion. Below 8,000rpm the Panigale and Panigale S are moderately docile and actually pretty friendly on the road. Get them wound up and this all changes as the motor comes alive above 8,000rpm, but if you just want to cruise around they are happy to comply. The R is a whole new kettle of fish. For some reason, and I’m not 100% why, Ducati have added two teeth to the Panigale R’s rear sprocket – as you can imagine this has had quite an effect…

Gone is the docile nature of the other models, replaced by a bike that is raw, aggressive and more than a little bit feisty. Where the lower-spec Panigales can be ridden gently, the R is continually straining at the leash, surging forwards and desperately trying to stretch its legs. Keeping it under control at low speed is a right old pain and anything below 30mph is pretty unpleasant. It feels like a race bike and as soon as you remove the restraints it rides like one. 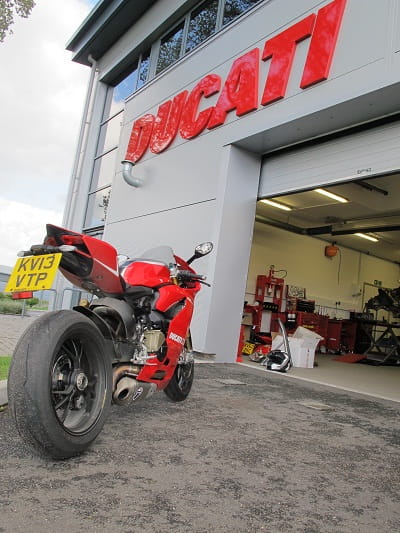 On fast and smooth roads the Panigale R is stunning. The sound emitting from the open pipes is mesmerizing, the handling simply superb and the quickshifter is one of the best fitted to any motorcycle. Feed it gears, keep the throttle pinned as long as you dare and it is impossible not to feel a huge surge of adrenalin. The speed, acceleration and feedback the Ducati gives you is mind-blowing. Every road turns into a race track (Ducati 1199R tested on track) and every roundabout gives you the chance to test you late braking skills. It’s the kind of bike you take on a 50 miles run despite the fact you only popped out for a chocolate bar from the local shop. But would you want to live with it?

To be honest there is no way Bike Social could live with a Panigale R on a day-to-day basis. It is too focused, too aggressive and too argumentative to have as your only bike. Yes it looks stunning, rides sublimely and draws so many admiring glances, but it is also one hell of a demanding mistress and at times a right old pain in the backside. It’s an incredible machine to ride, but it’s also quite a relief when you hand it back and ride home on something slightly more relaxed. But if you ever get the chance, take the keys, just don’t leave your fingerprints on the tank.