Mallory Park’s operators, BARC, will be forced to close the Leicestershire-based circuit if the local council decides on Wednesday 10th July to reduce its operations to just 92 days per year.  The circuit is calling on supporters to attend the public council meeting to show their backing.

The circuits’ heritage lies on the foundations of motorcycle racing ever since the Norton of George Slater won Mallory Park’s first ever race on tarmac in 1956.  Since then, two-wheeled stars including Giacomo Agostini, Mike Hailwood and John Surtees have all plied their trade yet more recently the circuit has become home to the Chris Walker Race School. 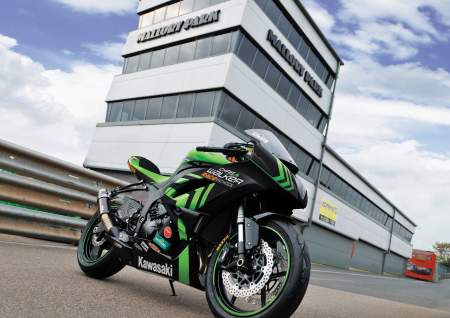 Walker said, "From a personal point of view, my first race was at Mallory Park and my first national win too. I have also been a spectator, attending race meetings with my father and grandfather before I started racing. Now I run a business from Mallory Park which brings up to 150 people to the circuit for each event. If Mallory was to close, this would also impact on the local businesses in the area.

I will personally be attending the public meeting at the Hinckley and Bosworth Borough Council."

The British Automobile Racing Club Ltd. (BARC) bought the circuit in 2005 and according to an independent report Mallory Park currently employs 145 full time roles bringing in over £10m revenue into the local economy yet if the Hinckley and Bosworth Borough Council’s review ends with a decision to reduce the circuits operations then, due to the financial viability, the owners will be left with no other option but to close.

The opposition are local residents concerned over the noise levels yet Mallory have already stopped motocross and drifting events as well as changing track day times and the maximum number of vehicles on track.

Mallory Park General Manager John Ward said: "The Council is deciding on the future of Mallory Park and if they agree to reduce the days to 92 then the circuit is finished and will shut down. The 145 jobs and £10million+ benefit to the local economy will be lost, along with a historic motor racing circuit.

"The future of the circuit is now in the hands of the HBBC Councillors. We need them to understand we are working to reduce noise and improve life for residents and are committed to being good neighbours. Shutting the circuit is not the right choice. We need as many supporters as possible to join us on the 10th and make that point - Mallory Park is an important contributor and member of the local community."

The Council Meeting is Public. It starts at 18:30 in the Council Chamber (the De Montfort Suite) at the address below: