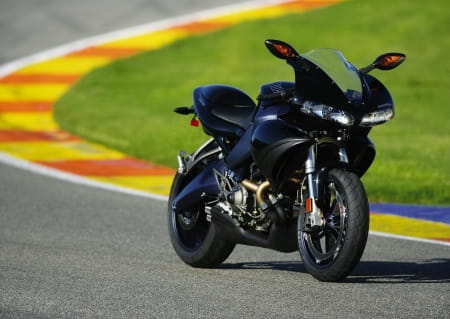 When Harley Davidson shut down the Buell Motorcycle Company in 2009 as part of their cost cutting/restructuring focus on the cruiser market, founder Erik Buell went on to set up Eric Buell Racing in order to continue manufacturing race bikes. But, the plan was always to use the experience gained on the track to once again produce bikes for the road rider as well.

Any fan of Erik’s skills and off-the-wall thinking and engineering will no doubt have been heartened by news in the Wall Street Journal at the beginning of this month reporting that the Hero MotoCorp Ltd of India had bought 49.2% of the company for $25 million.

Hero, India’s largest motorcycle manufacturer, having split from Honda a few years ago, has been supporting Buell for the last year. However, the cash injection will certainly allow Buell to move ahead with plans for a street bike. Buell of course sold his old company lock stock to Harley, but this time has maintained the controlling interest, having learned his lesson last time.

Hero produces mainly small capacity machines, but as a result of the tie- up they get research and design services to perhaps move up the capacity scale in the future, along with a toe hold in the lucrative US market. It is interesting though that their  Chief Financial Officer Ravi Sud has already gone on record to say EBR will be producing 20,000 bikes in 2017- last year they sold 65!

So with this background it was no surprise to see a teasing picture of what looks like a street machine complete with pillion footrests appear on the Facebook site. It is difficult to see the engine but, one assumes that it is one of the liquid-cooled Austrian Rotax designed engines he currently uses now modified and built in-house, now the Harley link is long gone.

Some experts are under the impression that the bike is the sports machine he was working on at Harley codenamed Barracuda, which was intended to take on the Japanese and European manufacturers at their own game.

With no official information coming from EBR it is very much a case of watch and wait, but the image does appear to be of bike that is not that far from production. Let’s hope the cash injection sees the bike make it onto the road!