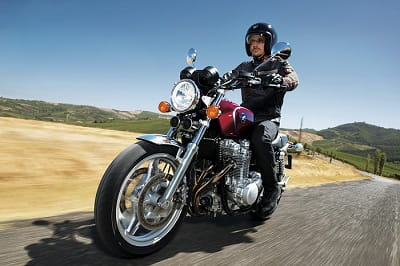 The engine mimics the style of the late seventies CB900F, the green hued clocks are pure seventies, the wheels are inspired by the old Comstar designs, the mudguards are fully chromed... it’s a handsome beast.

The surprise is how Honda has given the bike something of the feel of a classic too. That’s not say it wobbles and weaves in high speed corners as it doesn’t. But it’s been fitted with 18 inch wheels and narrow tyres - the rear Metzeler is just a 140 section - and the steering geometry has been carefully tuned to suit, resulting in a very light feel to the steering with a disconcertingly rapid speed of lean, just like a golden oldie.

The downside is a lack of feel in a straight line, but it’s all part of the package, and unique among retro bikes. The CB is also very well balanced at low speeds, and works especially well around town. 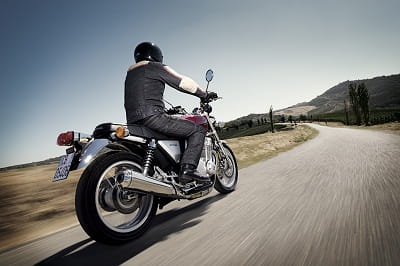 The engine is amazingly tractable, pulling from just 500rpm even in top gear (of five), and aside from some small vibration patches it keeps on pulling strongly up to the 9,000rpm red line.

It’s not blisteringly quick but it’s fast enough, and it makes an interesting snarling sound too. The cooling fins and exhaust have even been designed to tick and ping as the bike’s cooling down!

The irony is, this modern retro has ended up having more character than the originals. 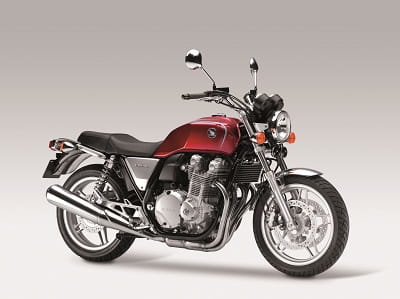