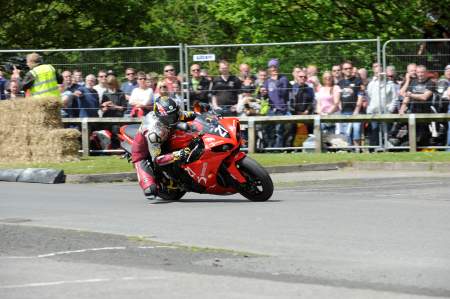 MotoGP’s newest star, Scott Redding, will make his third appearance at The Thundersprint in May at its new home at Darley Moor, Derbyshire.

Redding appeared on behalf of title sponsors Bennetts in 2011 and 2012 and took part in the event’s cavalcade and time trial aboard the fully branded Yamaha R1.  He thrilled the crowds in his first year by blowing the bike’s rear tyre during a spectacular burn-out on the tight 220-yard time trial circuit in Marks & Spencer’s car park. 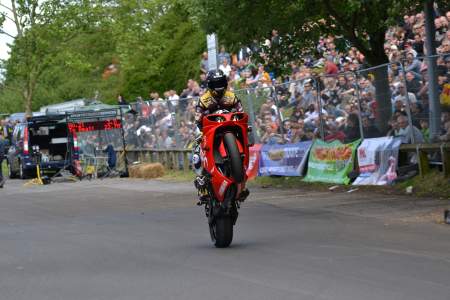 Redding told us,“I’m looking forward to riding at The Thundersprint again. It’s a great event, so well supported.  I’ve been twice before when it was in Northwich and tried to get an R1 around that tight little track but really it was all about entertaining the crowds! At least at Darley Moor I’ll be able to get into 2nd gear.”

The 2014 event takes place over the weekend of 10th/11th May and the 20 year old from Gloucester who finished 2nd in the 2013 Moto2 World Championship will be taking part in the action on the track. Redding will make his MotoGP debut for new employers Go&Fun Gresini Honda team in Qatar on 23rd March and will have competed in four rounds of the World Championship before appearing at The Thundersprint.

Redding will on board a Honda Fireblade and will be joined at the event by TT winner Nick Jeffries, six-time TT winner Jim Redman and 6-time Grand Prix podium finisher, Sammy Miller MBE.  One bike that will surely grab Also on show is Valentino Rossi’s 1997 World Championship winning 125cc Nastro Azzurro Aprilia.

The Thundersprint will be in its 17th year and will be settling into its new home having started life at Hoghton Tower near Blackburn before making Northwich in Cheshire its base for many years.  Traditionally taking place on the second weekend in May, the Thundersprint is one of the largest motorcycling events in the world in terms of attendance and of significant economic importance to the area.  After the 2012 event a local council report showed visitor figures over the weekend of 145,000 with a £7.3m contribution to the local economy. 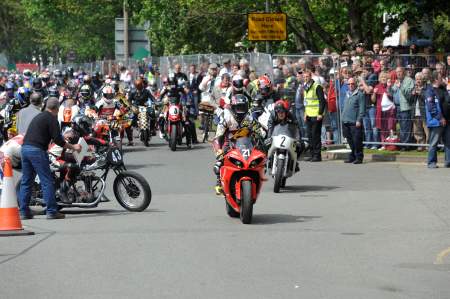 And Bike Social understands that another top name from the modern racing era will be putting his signature on a piece of paper marked ‘yes, I will race at The Thundersprint’ soon.