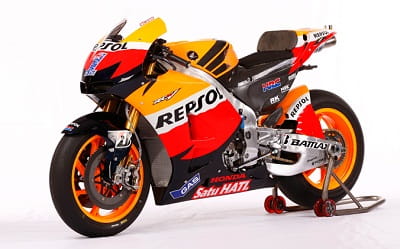 HONDA has confirmed it will put a road-going V4 version of its MotoGP bike into production.

The news that every race fan has been waiting for was finally announced by Honda CEO Takanobu Ito on Friday at a conference outlining Honda’s global plans in Tokyo.

During the speech Ito made constant references to the legendary V-4 Honda RC30, a bike which transformed production bike racing as it offered race bike performance, technology and handling never before experienced on the road. 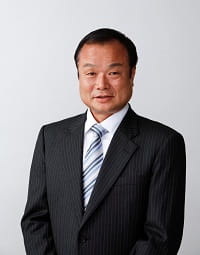 Speaking at the conference, Ito said: “Since its market introduction in 1987, the RC30 (VFR750R) super sports bike has been loved by a large number of fans. With a goal to create a new history, passionate Honda engineers have gotten together and have begun development of a new super sports bike to which new technologies from MotoGP machines will be applied.”

Rumours of a MotoGP-derived bike based on the technology used in the Honda series of RCV MotoGP bikes have been talked about since 2006. It is not yet known when the bike will go into production but our sources say expect to see furthjer news at the Cologne Show in two week’s time. We predict it will go on sale in 2014, with testing taking place during 2013 and a WSB debut in 2014.

No details are yet available on capacity, but it would be suprising to see anything other than a bike elibgible for the 1000cc limit that WSB has for V4 motorcycles.

Ducati were the first manufacturer to put a MotoGP-derived bike into limited production with the Desmosedici RR. The £40,000 bike transformed suspension and chassis stiffness on road bikes, and gave mere mortals the chance to experience MotoGP-style thrills on the road and track days.