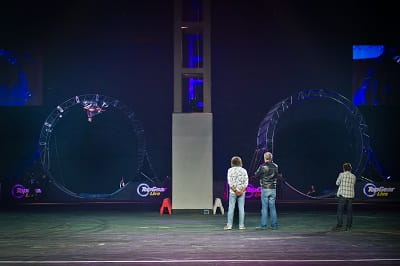 We’ve all played on Hot Wheels sets when we were kids, but never before has anyone done a double loop-the-loop on a motorcycle in real life!

The Top Gear Live Stunt team performed the trick during last weekend’s Top Gear Live event in Birmingham. The stunt, nicknamed the Deadly 720+ was done on a 2013 KTM 250 SX-F with beefed-up suspension to cope with the forces of the stunt, and ridden by stuntman Gary Hoptrough. 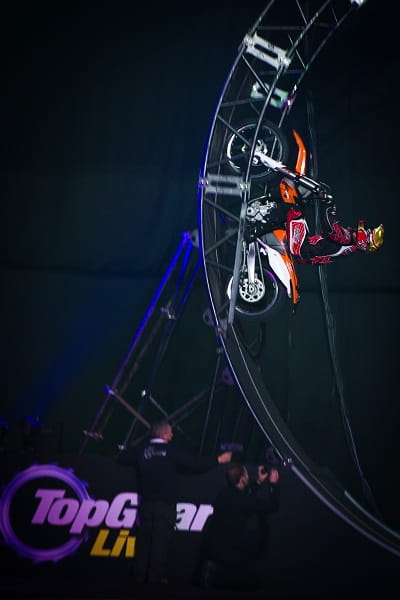 Well-known motorcycle hater Jeremy Clarkson said: “We started Top Gear in
its current incarnation ten years ago as a pokey little motoring show and
never dreamt of setting World Records. To be fair, all James, Richard and I
did was to stand on stage and introduce a stunt man mad enough to want
to turn him self upside twice on a bike. But it was pretty nerve wracking
and spectacular!”

View the video of the stunt here: http://youtu.be/sVgudvpCJvc