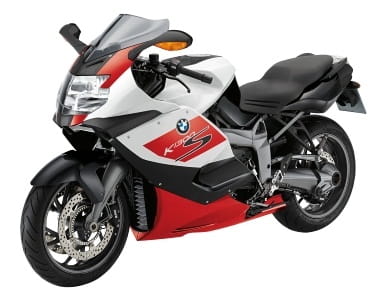 BMW will reveal this special-edition K1300S at the EICMA Show in two weeks’ time.

It’s hardly a show-stopper, but the new bike is built to celebrate BMW’s 30 years of building the K-series bikes which started back in 1983 with the K100.

The new K1300S, officially called the ’30-Jahre K-Modelle’ in Germany features the same basic engine and chassis layout as the standard K1300S, but with rearsets, a quickshifter, Akrapovic exhaust, a red, black and white paint scheme and a tinted screen.

We’re hoping that BMW will have a few more tricks up its sleeve for the EICMA Show, like the forthcoming S1000R naked bike, although we’re hearing that may not be until 2014.

We’ll be on the ground in Milan to bring you all the latest news, views and gossip as it happens.