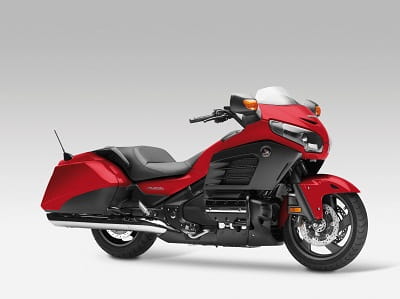 Looking like an extra from the new Mad Max movie, or a GoldWing that’s been crashed, this is the new Honda GoldWing F6B.

The ‘B’ stands for Bagger, a term used to describe a stripped-down touring bike with a couple of bags on the. Baggers are meant for cool style, cruiser type looks but with a sense of practicality. Think of it as the kind of custom bike for the Mild One, rather than the Wild One.

This is Honda’s attempt at bringing the GoldWing to a new (mostly US) audience and in the flesh it actually looks pretty cool.

The laid-down looks come from ditching the top box from the GoldWing and then gently redesigning the bike to give it a laid back attitude. 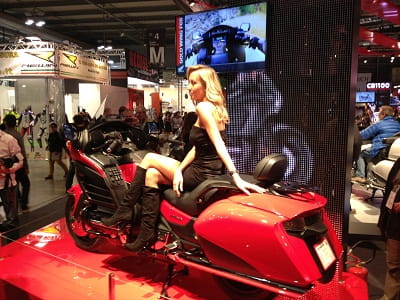 The GoldWing’s legendary flat-six 1832cc motor remains as does all the luxuries like the 4-speaker MP3 sound system, dual-combined ABS, reverse gear and cruise control.

As a result of losing all the Wing’s extra bulk it weighs in some 28kg lighter than the standard GoldWing at 385kg ready to ride. It’s certainly no lightweight but then you try creating a bike with a flat-six engine and making it light.

Up front there’s a shorter screen to keep some of the elements off and the headlights taken from the full-size Wing, while at the rear, a new seat helps give the bike a tapered Hot Rod feel.

Sadly Honda UK have no plans to bring the bike into the UK, but we thought you’d like to see it anyway. What do you think? Should it come to the UK? Let us know your thoughts below.